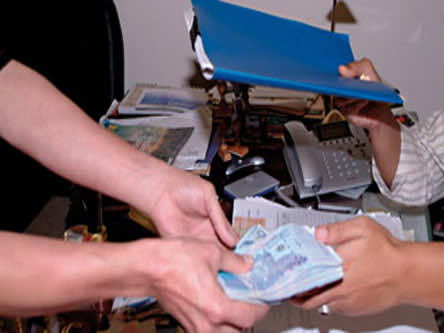 Last Monday, the court of appeal of Kenitra postponed the trial of two prison officials from the Central Prison of Kenitra after they were caught receiving bribery, wrote daily La Nouvelle Tribune on Tuesday.

The two officials were caught red-handed last Wednesday, June 12, receiving bribery from the father of one of the prisoners in the Central Prison of Kenitra, who is sentenced to 17 years for murder.

The father of the prisoner, who complained of the ill- treatment his detained son was undergoing, offered a prison official a bribe, in exchange for the protection of his son.

Subsequent to his arrest, one of the two implicated officers said he merely obeyed his superior, who allegedly asked him to contact the father of the prisoner who would give him an amount of money that would later be handed to the detained son.