Fez - The ethnographic principle and praxis of knowing the self through the detour of the other perfectly works for me whenever I come into contact with foreign nationals or when I travel abroad. I do believe that our understanding of the socio-political and economic condition of our country remains incomplete and partial unless we get outside of it and see it from a distance or from different distances. 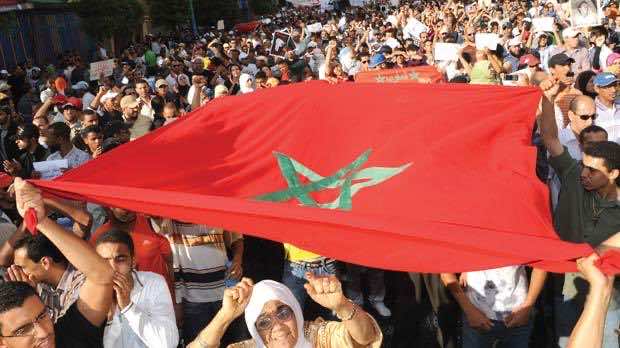 Fez – The ethnographic principle and praxis of knowing the self through the detour of the other perfectly works for me whenever I come into contact with foreign nationals or when I travel abroad. I do believe that our understanding of the socio-political and economic condition of our country remains incomplete and partial unless we get outside of it and see it from a distance or from different distances.

My recent visit to Tunisia to take part in an academic conference on Education and Democracy in North Africa was so fruitful from the moment the airplane took off to the moment it landed back. My learning about Morocco started when I initiated a talk with a Taxi driver in Tunis who gave me a lift from the airport to the hotel.

“You Moroccans are very smart to push for change without creating havoc or anarchy like what happened in Tunisia,” he said. I understood that the guy was against the revolution but he shortly after he cleared any ambiguity.

“In Tunisia the revolution was inevitable and the last solution because the Trablisia (the family of the ex-president’s wife) took over ‘the green and the dry,’ but in Morocco the king started reform since he came to power. Isn’t that right?” he asked. Switching from Arabic to French and from French to Arabic, the driver proved to be literate and well-informed about current Arab critical issues.

When I asked him why he doesn’t support the idea of revolution in Morocco he said: “We should not be over-enthusiastic for the idea of revolution. In some countries it may work out, in others it may not. Look at the situation in Syria now. We Tunisians are, somehow, homogenous but you Moroccans are heterogeneous and diverse ethnically, linguistically and culturally. I foresee that if a revolution happens in Morocco, the Moroccan ‘race’ will be extinct in a few years because of ethnic violence and perhaps civil war.”

During the conference, many speakers talked about education in North Africa, particularly Egypt, Tunisia, and Morocco. I would not say that Morocco is better or worse than these countries but the situation is obviously similar to some extent. We seem to share the same structural and organizational problems and face almost the same reform challenges.

On the political scene, the conflict between the Islamists and the secularists is reaching its climax after the Arab uprisings. Education, which is the spinal cord of any development, is gravely affected by this conflict which stands on the way of any consensus or compromise over educational reform since the two groups have different reform projects and visions. Islamists tend to Islamize education and the secularists push for the secularization of schools and universities.

Economically speaking, Morocco is perceived to be on the right track by its neighbors. “I don’t know how Morocco managed to build huge economic projects without having oil. Libya is one of the richest countries in the MENA region thanks to its natural resources but we don’t have a strong economy and we lack the basic requirements of development such as roads, railways, highways, ports, etc,” said Mohammed from Libya who was speaking with very clear disillusionment at the revolution.

“The revolution added insult to injury in Libya even if I was against the regime and participated in the battle against it with my machine gun from beginning to end. Before, Libyans had electricity, medicine, water supply and many other things for free. There was no unemployment. Now, it’s totally different. We don’t feel safe in our country due to tribal conflicts and anarchy.”

Mohammed was not the only one who talked to me about the hopeless condition in Libya. In Tunis Carthage Airport I met many Libyans who almost expressed the same disillusionment not because they were pro-Kaddafi, but because they concretely feel the difference between the past and the present. “Before, we suffered the dictatorship of the regime now we suffer because there is no such regime. The feeling of security and safety is incomparable, my friend, and I think you have that in Morocco,” said Abderrahim.

Perhaps the positive views expressed by the people I met towards Morocco were wrong or very relative. Perhaps the expression of surprise and amazement I saw on the face of an Egyptian teacher when I told her that many associations and NGOs in Morocco distribute bikes for schoolgirls was not enough to judge the difference. (In Egypt girls do not ride bikes and if they do they will be harassed and that was the reason why my friend was surprised.)

I’m certain that Morocco still has a long way ahead to become a democracy and to uproot corruption of all forms (and we have to pass that way by hooks or by crooks). However, comparing Morocco to the countries of the region places it on top. The lesson I ultimately got is: appreciate what you have, work hard for what you don’t have and don’t be discouraged by it.