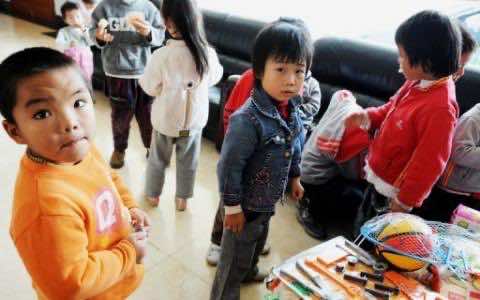 The United States downgraded China, Russia and Uzbekistan to the bottom of a US table for failing to make greater efforts to combat human trafficking, a move that may spark sanctions.

“We believe that the US side should take an objective and impartial view of China’s efforts (in fighting human trafficking) and stop making unilateral or arbitrary judgements of China,” foreign ministry spokeswoman Hua Chunying said at a regular briefing.

The sharp blow came in the State Department’s annual report on human trafficking after the three nations languished for years on a US watch list, having been granted past waivers amid promises to do better.

Three other countries, however — Azerbaijan, the Congo and Iraq — were elevated off the watch list to Tier 2 status as a reward for what US officials called “real movement” in the fight against trafficking and slavery.

The US estimates that about 27 million remain enslaved around the world.

“People get so focused on the politics behind this that they forget that every one of these is a person,” Luis CdeBaca, director of the office to monitor and combat trafficking in persons, told AFP.

Under the terms of a 2008 law, the six countries could no longer stay on the Tier 2 Watch List and either had to move up to Tier 2 or be downgraded to Tier 3 — a move that could trigger cuts in non-humanitarian and non-trade US aid.

“We have a moral obligation to meet this challenge head-on. Human trafficking is an assault on our most dearly held values of freedom and basic human dignity,” US Secretary of State John Kerry said in the report’s foreword.

But he stressed that “governments bear primary responsibility for responding to this crime.”

The 2013 report found that “trafficking is pronounced among China’s internal migrant population” and “forced labor remains a problem, including in brick kilns, coal mines and factories.”

The one-child policy has resulted in “a skewed sex ratio of 118 boys to 100 girls in China, which served as a key source of demand for the trafficking of foreign women as brides for Chinese men and for forced prostitution.”

Beijing had failed to “demonstrate significant efforts to comprehensively prohibit and punish all forms of trafficking,” the report maintained.

Representative Chris Smith, who has authored key legislation on trafficking, said China has become the “sex and labor trafficking capital of the world.”

“Women and young girls have been — and are today being — reduced to commodities and coerced into prostitution,” he added in a statement.

Uzbekistan had reduced the number of children under 15 forced to pick the key annual cotton crop, but “continued to subject older children and adult laborers to forced labor in that harvest,” the report found.

In Russia, a million people “are exposed to ‘exploitative’ labor conditions characteristic of trafficking cases, such as withholding of documents, nonpayment for services, physical abuse, or extremely poor living conditions.”

President Barack Obama will determine whether to enact any sanctions against the three nations in September.

Such a move will also act as a warning to other nations on the watch list to improve their efforts or face relegation next year. Afghanistan, Barbados, Chad, Malaysia, the Maldives and Thailand will all no longer be eligible for a waiver and face either relegation or promotion.

It is also likely to surprise rights organizations who had feared that geopolitical considerations could halt any downgrade of key US allies.

“By its very name, Tier 2 Watch List is saying watch out, you’re about to fall down to Tier 3. Some governments take that to heart and start working on it.”

Out of the 188 countries in the report, the State Department downgraded 18 others, placing them among a staggering 44 nations on the watch list. And only Madagascar moved up from Tier 3.

“It’s a tough report, but fair and the conclusions that it draws are on behalf of those millions of voiceless victims who don’t know if any of us know about them,” CdeBaca said.

Even though more nations fell in the rankings than rose this year, CdeBaca pointed to progress, such as “a 20 percent increase in convictions worldwide,” while 10 percent more trafficking victims were successfully found.

In a plus, Armenia moved up to Tier 1 in a move indicating that “political will makes a difference,” CdeBaca said.

But Croatia, Lithuania, Mauritius and Georgia all lost top status to slide down to the second tier, examples of countries who get complacent and “just rest on their laurels,” he added.