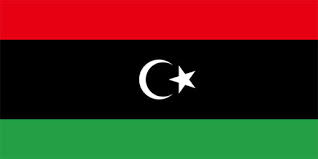 A German engineer working for the Swiss-based ABB group and his driver were wounded on Thursday when unidentified gunmen fired on their car in eastern Libya, a security official said.

The vehicle carrying four ABB Energy engineers — three Germans and a Czech
— had been travelling between Ajdabiya and Zwitinah, where they were working on a power station control system.

The German was hit twice, in the chest and foot, and the driver, despite receiving a head wound, managed to manoeuvre the car to safety, the security
official in Ajdabiya said.

Both of the wounded men were treated at Ajdabiya hospital before being transferred to Libya’s second city Benghazi, 130 kilometres (80 miles) to the east, the official added.

Citing the other engineers, he said the masked gunmen had been on board two pick-up trucks painted in military colours.

Eastern Libya, where the uprising against dictator Moamer Kadhafi erupted in 2011, has seen several attacks against the authorities and Western interests, which have been blamed on Islamists.

Among them was a deadly assault on the US consulate in Benghazi on September 11 last year, in which Ambassador Chris Stevens and three other Americans were killed.