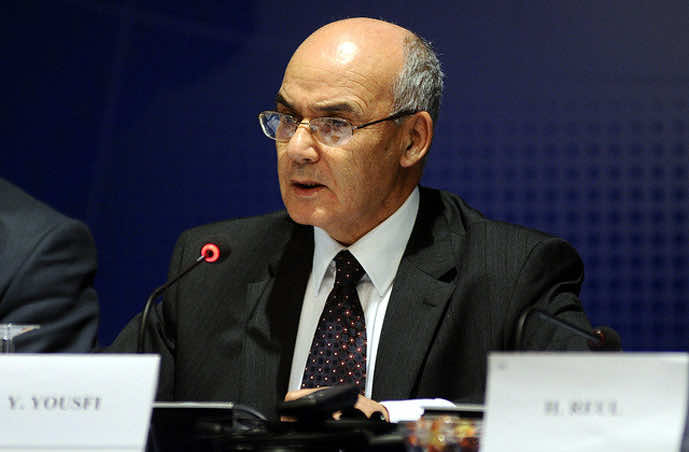 Algerian companies in the energy industry will halt work with foreign firms implicated in corruption, Energy Minister Youcef Yousfi said Thursday, amid a string of probes into alleged graft in the key sector.

“Companies in the energy and mines sector have decided to no longer work with (foreign) firms implicated in cases of corruption,” Yousfi told parliament.

Public companies working in the energy sector, which is dominated by the state-run oil and gas giant Sonatrach, “will defend their interests and demand compensation from companies found guilty and take to court any individuals implicated,” the minister said.

His comments came just days after Italian oil services firm Saipem, under investigation in Algeria for allegedly paying bribes to win contracts with Sonatrach, said the “dramatic escalation” of the probe and of the company’s deteriorating commercial position there could cause losses of 300-350 million euros this year.

The head of Saipem, a subsidiary of ENI, one of the largest foreign oil and gas producers in Algeria, was forced to resign in December when the Algeria allegations first came to light.

Both companies deny wrongdoing, with Saipem insisting that its business activities comply with the law.

Earlier this month, Algeria’s state gas and electricity firm Sonelgaz announced it had blacklisted Canadian engineering giant SNC-Lavalin, which like Saipem and ENI has been battling allegations that it paid large bribes to Algerian officials to secure lucrative contracts in the OPEC member state.

Separately, it emerged this week that the head of Sonelgaz could face corruption charges over multi-billion dollar contracts for new power plants awarded to French and US firms Alstom and General Electric.

Algerian media reported that Nourredine Bouterfa, his predecessor, and some 15 company employees were accused of inflating costs in the contracts.

Speaking of the latest allegations, Yousfi said on Thursday: “We must let the judiciary carry out its investigations” without interference, adding that it was important “to be vigilant about how we attract potential investors”.

The North African country is heavily dependent on its energy sector, with hydrocarbons accounting for more than 97 percent of export earnings.

It relies on foreign firms to maintain production at its ageing oil and gas fields.