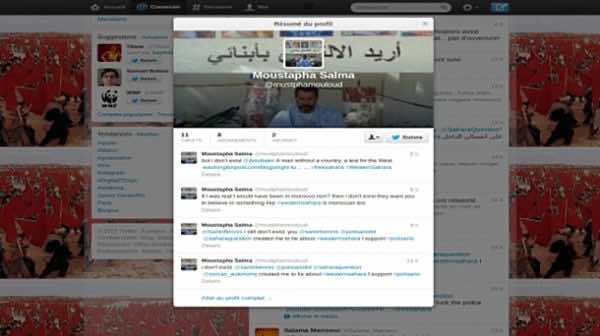 With only two followers, individuals behind this fake account posted eight tweets, some of which leveled violent and immoral attacks against Morocco World News and its founders, Samir Bennis and Adnane Bennis. 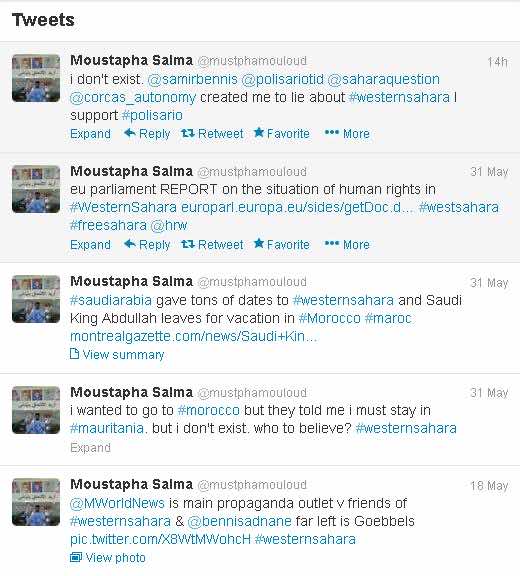 The fake account also generated inaccurate anti-Moroccan statements on the Sahara issue, posted as being Mustapha Salma’s own.

Furthermore, the consistent contradictory claim linking the cluster of tweets generated by the fake account is that Mustapha Salma is an inexistent personality and that it is only the product of Morocco’s ideological interests.

On the other hand, the tweets generated by the fake account were majorly supportive of the Polisario Front and its interests via the fake voice of Mustapha Salma.

In a bid to tarnish the image of those Moroccan activists addressed by the tweets of this fake account under the name of Mustapha Salma, this move adds to the array of unethical resorts the Polisario has been recurring to recently on social media to spread its propaganda and tarnish the image of all those who oppose it.

In the summer 2010, Mustapha Salma visited the southern city of Smara for the first time in 30 years, and declared that the Autonomy Plan presented by Morocco in 2007 is “the ideal solution” to the conflict.

On his way to the Tindouf camps, on September 21, he was kidnapped by the Polisario militia and imprisoned in the desert for 71 days.

He now seeks to return to the camps to join his family but is being denied access.