Chicago - Every day, we take our kids to schools so they can learn and grow. Every day, dads and moms hold their kids’ hands and walk them to their schools where they can open their eyes to the world. Every day, a teacher’s lecture will inspire them and lead them forward in their journey of learning. Every day, a classmate’s smile will bring comfort and peace to their minds. 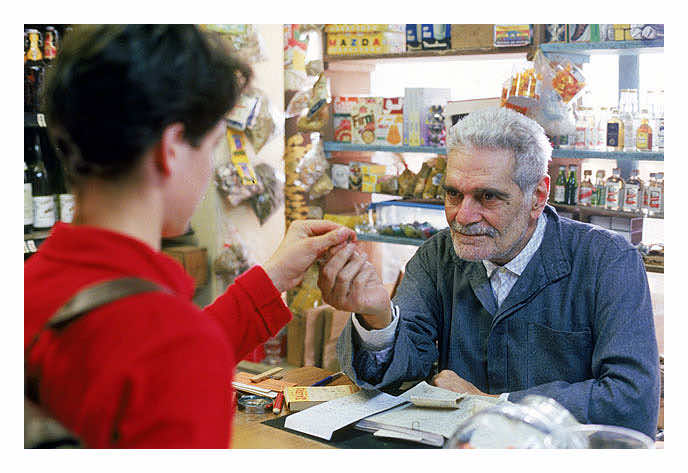 Chicago – Every day, we take our kids to schools so they can learn and grow. Every day, dads and moms hold their kids’ hands and walk them to their schools where they can open their eyes to the world. Every day, a teacher’s lecture will inspire them and lead them forward in their journey of learning. Every day, a classmate’s smile will bring comfort and peace to their minds.

Hope is great, and so are our expectations that one day teachers will work hard and try harder so every one of our beloved children gain more strength to continue their ways with confidence. This hope grows because of great people around us like Monsieur Ibrahim, a man of love and a man of wisdom. He is a man of a great story and a man who changed the life of a troubled and lost child with his heart.

Monsieur Ibrahim was a Turkish grocery store owner who befriended a Jewish boy, and together they shared a life of trust. “On the Rue Bleue in a working-class Jewish neighborhood in Paris, people know each other and each other’s business, and live and let live.

That includes our Jewish teenager, Moise. Moise’s mother is dead, his older brother has left the scene, and his father is distant and cold with the young teenager. But his life is not lonely; there is Monsieur Ibrahim, who runs the shop across the street. Ibrahim is Turkish, his store is known in that neighborhood as ‘the Arab’s store,’… Ibrahim establishes himself like a wise old sage behind his counter, knows everyone who comes in, and everything they do, so of course he knows that Momo is a shoplifter.

This he does not mind so much: ‘Better you should steal here, than somewhere you could get into real trouble.’” This is how Roger Ebert told it from Chicago Sun-Times, and many others told it in different ways. Yet, It was always the same old story; the same story of love, a love that is missing in many of our hearts.

Monsieur Ibrahim knew the child was in need of a friend and a guide. Often quoting from Quran, he impressively could provide both. Moise was a Jewish orphan boy growing up in Paris in the 1960s with a distant and cold father.

This boy was left to live lonely in his world of loss. His story began with his first steps into manhood when a piggy bank given to him by his father was broken to pay for the service of a prostitute; a service he thought would make him a man. This was when Monsieur Ibrahim began to enter his life and a strong relationship began to develop. The boy regularly filches from the store and the ever-smiling man knows, but chooses not to confront.

This Turkish man known as L’ Arab de la rue, and was falsely believed to be an Arab. This added more suspense to their story together. He was a Muslim man who rarely brings religion to the front and his wisdom was always of worldly sort. “Être juif, ce simplement avoir de la mémoire. Une mauvaise mémoire.” Yes, being a Jewish was simply a bad memory. This is what the child could recount from his father.

Paradoxically, that is what Monsieur Ibrahim would have to explain. In their life together, very often in the shadows of the store, religion was treated unknowingly as the man’s focus and a way to guide the child away from what troubles him to what to make him smile. A different religion then! Yes, it was. It was a religion of love and care, and a religion of hope. It was not about labels, dogmas and practices.

It was about every human. Here, Ibrahim’s philosophy of religion was philosophy of shared memories and shared experiences. For Monsieur Ibrahim, religion does not matter. What mattered was humanity. Surprisingly, this man inspired by his own reading of the Quran could impressively allow the ultimate transformation in Moise’s life that the boy himself became the new, “Arab de la rue” after Ibrahim’s death.

Their trip to Turkey brought them together from two different worlds. Ibrahim sought a journey into the villages and mountains of his native land. He wanted it to be an instance of re-birth in the middle of the bazaars and the smells of Turkish food. The Jewish child saw it as an escape from a life that crushed his heart and made his spirit fall apart.

Monsieur Ibrahim and the Jewish child drove off to Turkey and what happened there would stay a mystery that you have to discover your own. What matters is the wisdom that our teachers can gain from its remains. Literally and figuratively, every teacher can be Monsieur Ibrahim and every child can be the Jewish little boy. Teaching is not merely about technicalities and regularities; teaching is not about what we know and what we do, teaching is about love that should be given to children and about trust that should be felt in our classrooms. Here, Monsieur Ibrahim can be a vivid example.