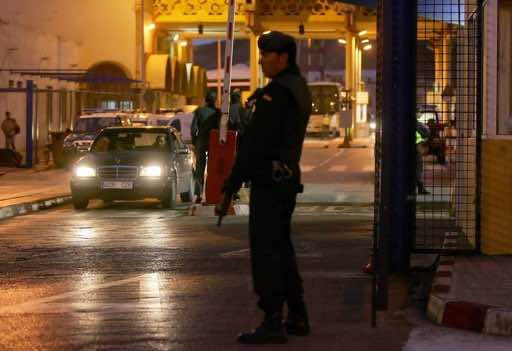 Police launched operations against the ring in Ceuta, a Spanish territory in north Africa, the government said.

“We have broken up a network responsible for sending combatants to Al-Qaeda linked terrorist groups operating in Syria,” the Spanish Interior Ministry said in a statement.

The network, operating in Ceuta and the neighbouring Moroccan town of Fnideq, sent dozens of Islamist militants — some minors — to Syria, the ministry said.

“Some of them would have carried out suicide attacks while others would have been incorporated into training camps prior to carrying out armed action,” the government said.

“This network, based in Ceuta and Fnideq, carried out fundraising, indoctrination, and organising and financing travel, in contact with other terrorists and following the guidelines of the Al-Qaeda terrorist organisation.”

Security forces confirmed that several “jihadists” were waiting to travel from Spain to Syria, it said.

Spain’s police had investigated the network since 2009 and the military-linked Civil Guard since 2011 before they joined forces early this year.

The eight suspects faced charges of belonging to a terrorist organisation, the government said.

A National Court judge supervising the investigation had issued search warrants that were being executed on Friday, it said.