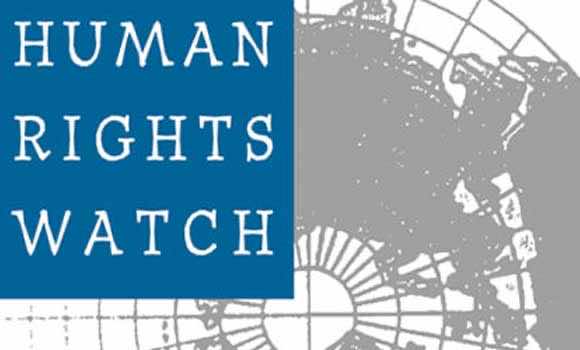 Human Rights Watch called on Moroccan judges to halt convictions based on confessions obtained through torture, saying in a report released on Friday that failure to probe such claims encouraged further abuses by police.

“The country’s judicial reform agenda needs to include stronger safeguards to ensure that courts discard as evidence any statement made to the police under torture or ill-treatment,” the rights group said.

The 100-page report examined five separate trials which took place between 2009 and 2013 and involved 77 people.

It said that judges in Morocco had failed to investigate numerous claims by defendants that their confessions had been obtained through illegal means.

It said that alleged confessions were often the main, if not the sole, basis for conviction.

“This failure by the courts effectively encourages the police to use torture, ill-treatment and falsification to obtain statements,” the New York- based watchdog said.

In the face of the Arab Spring protests that swept North Africa in 2011, the kingdom adopted a new constitution that purported to strengthen the independence of the judiciary and defendants’ rights.

“But only when judges show the will, skill and courage to do so — and to discard confessions that are suspect — can we say that judicial reform is really under way,” HRW’s regional director Sarah Leah Whitson said.

Justice ministry officials were not immediately available for comment.

Last September, the UN special rapporteur on torture Juan Mendez, visiting Morocco at the invitation of the king, said torture or cruel and inhumane treatment of detainees was “very frequent.”

Mendez said a culture of human rights was emerging in Morocco, and praised authorities for some of the steps they had taken, notably the establishment of the National Council of Human Rights in 2010 and the new constitution.

But he said the country was a long way from eliminating the practice of torture.