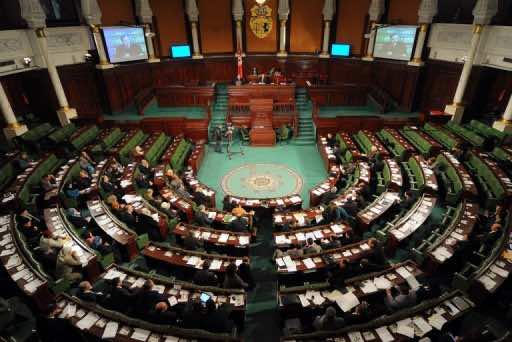 Tunisia’s parliament will next month debate the draft new constitution, which has been at the centre of a political tussle and taken far longer to finalise than originally planned, parliamentary sources said Friday.

“The general debate on the draft constitution will take place on July 1. The date for the scrutiny of the text will be decided later,” National Assembly spokeswoman Karima Souid told AFP.

It is the first time the assembly has fixed a date for the debate, which offers every member of parliament the chance to express an opinion on the text.

The assembly must also fix a date for parliamentary scrutiny of the new constitution, in which MPs review each article.

Opposition groups as well as President Moncef Marzouki’s Congress for the Republic, an ally of the ruling Islamist party Ennahda, are contesting controversial provisions they say were introduced in a discretionary manner by the head of the drafting committee, Ennahda MP Habib Kheder.

The main political parties were originally given a year to draft the text after the first post-revolution elections in October 2011, but the timetable was repeatedly revised amid disagreement about the nature of Tunisia’s future political system.

To be adopted, the new constitution needs to be approved by a two-thirds majority in the National Assembly, where Ennahda holds 89 out of 217 seats, otherwise the text must be put to a referendum.

Its adoption is needed to draw up a schedule for elections which Prime Minister Ali Larayedh has promised to hold before the end of 2013, nearly three years after the popular uprising that overthrew dictator Zine El Abidine Ben Ali.

Observers say that with no electoral law or body charged with organising elections yet in place, it is unlikely that parliamentary polls will be held this year.