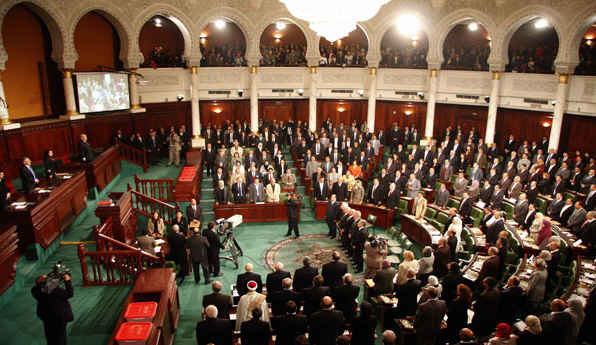 Tunisia’s National Constituent Assembly will next week debate a no-confidence motion against President Moncef Marzouki, a parliamentary source told AFP on Friday, with the motion given slim chances of succeeding.

The motion, which was signed by 77 MPs, would require the backing of 109 out of 217 lawmakers to pass, which is unlikely given the support Marzouki enjoys within the coalition government led by ruling Islamist party Ennahda.

Since late March, the opposition has been gathering MPs’ signatures to introduce the motion against the president, after comments he made to Al-Jazeera that “secular extremists” could spark a bloody revolution in which they would be “hanged”.

Some in the opposition have accused Marzouki, who heads a minority secular party in the coalition government, of failing to stand up to his moderate Islamist allies, but this is the first time they have tried to force him out.

The president in April described the planned motion as a “ludicrous act”.