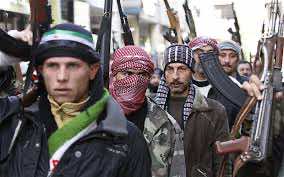 The blood is on the hands of both parties” of the conflict, not only Bashar Assad’s government but also the rebels, Russia’s President Vladimir Putin stressed at the press conference at 10 Downing Street.

Although Britain was one of the leaders in the push to lift the European arms embargo on Syrian rebel forces, Cameron’s government faces a considerable amount of opposition should it move to arm the revolutionaries. But the Russian president has another prospective here:

‘‘I don’t think that the idea of the conference is buried for good,’’ he said. ‘‘This is one of the most reasonable and acceptable ways of solving this problem. Only by joint efforts is it possible to definitively settle the problem and persuade the warring sides to sit down for talks.’’

Syria’s civil war grew out of protests that swept across the Arab world in 2011, becoming by far the deadliest of those uprisings and the most difficult to resolve.

The news that Washington will pick and choose which rebel groups to supply is compounding the distrust.

The Obama administration has announced that it will begin supplying arms and other military equipment to the rebels in Syria. Russia, in the meantime, continues to supply Syria with the military equipment she needs for her civil war. The Syrian conflict has become an international war.

For months regional and Western capitals have held back on arming the rebels, in part out of fear that the weapons would fall into the hands of terrorists. But officials said the decision to send in more weapons is aimed at another fear in the West about the role of jihadist groups in the opposition. Such groups have been seen as better equipped than many nationalist fighters and potentially more influential.

The Syrian conflict has divided Obama’s national security team and presented the president with one of the most difficult situations of his presidency; media reports over the past several months portray the president as wrestling with the question of how to respond to a conflict that poses significant geopolitical and military risks, not the least of which is allowing American arms to fall into the hands of terrorists. But a strategy of more limited engagement, critics have argued, has meant that the U.S. has failed to act during a humanitarian crisis.

A United Nations report found that more than 90,000 people have now died during the 27-month conflict. 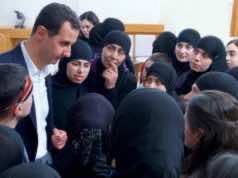 Syria Could be Willing to Consider Prisoner Swap with Rebels 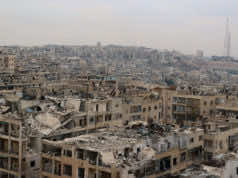