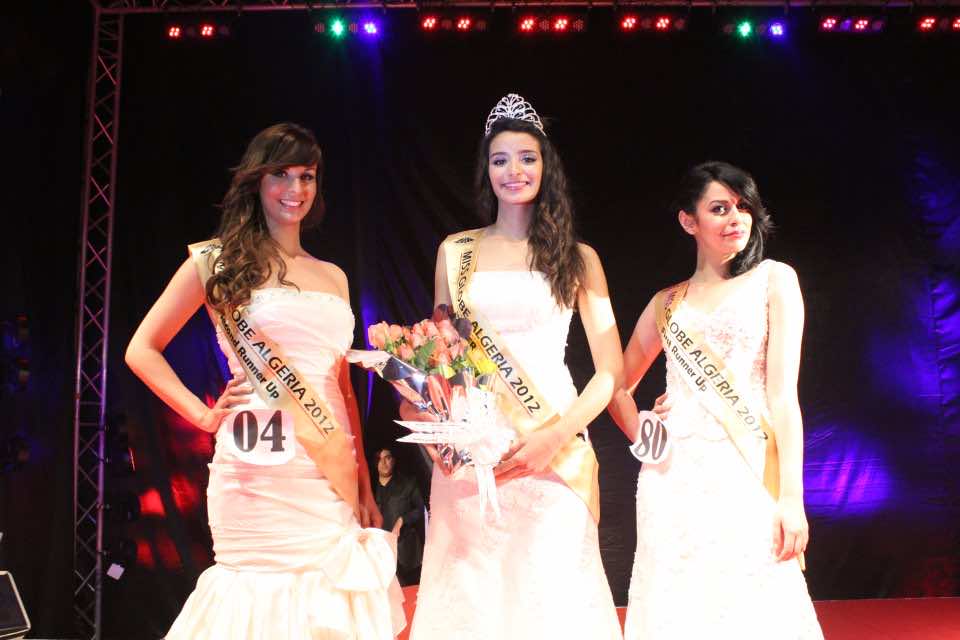 After an absence of 10 years, the Miss Algeria beauty contest was held Friday in the western city of Oran, with 19-year-old science student Rym Amari taking the pageant honours.

The competition was suspended in 2003 after the death of Cheradi Hamdad, who launched the beauty contest in 1996 during Algeria’s devastating civil war and whose son Faycal Hamdad has now taken up the mantle.

“I have picked up the torch for this year only, because my father died last year of lung cancer,” said the new pageant director, a rights activist and a performer in his own right.

The revamped beauty show demonstrates that “the Algerian woman has evolved, Algeria has evolved”, said Hamdad.

After wiping away tears of joy, beauty contest winner Amari declared: “I am your Miss Algeria. I am 19 years old and I am a materials science student.”

She came out on top from the 20 contestants, aged between 18 and 26, who were carefully selected from Algeria’s main cities to compete in front of 2,000 spectators in an Oran hotel.

While there was a minimum height requirement, there was no posing in swimsuits, with the Miss Algeria hopefuls parading in traditional outfits, sportswear and evening dresses.

Miss Algeria 2013 has been crowned too late to be able to participate in this year’s Miss World contest, due to be held in Bali in September.