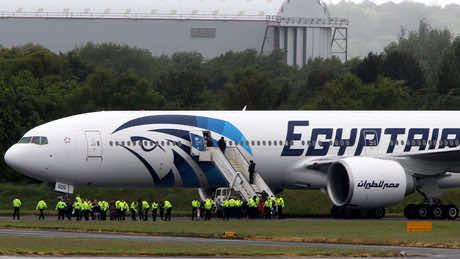 Egypt’s airports will raise their alert level to “high” ahead of June 30 when opposition-backed protesters plan to demonstrate against President Mohamed Morsi, security officials said on Saturday.

“An emergency plan will be put in place from June 28 until July 1,” the head of Cairo airport security, General Magdy al-Yussri, told reporters.

At Cairo airport, security patrols will be increased, passengers will be thoroughly checked and new cameras will be installed “to monitor and confront any emergency,” he said.

Civil Aviation Minister Wael al-Maadawy has been in talks for several days with airport and security officials as well as the heads of companies affiliated with the EgyptAir holding company that runs the national carrier.

“A state of high alert will be declared from June 28 to July 1,” said General Magdy Elwan, who heads the EgyptAir holding company.

In the provinces, security will be beefed up at airports and EgyptAir offices.

Security personnel will be given the necessary arms and equipment “to protect these vital establishments,” an airport official said.

A campaign dubbed Tamarod (rebellion in Arabic) first called for the anti-Morsi rally to coincide with the first anniversary of his taking office.

Tamarod rapidly picked up steam, and organisers said they have collected 15 million signatures demanding that Morsi step down.