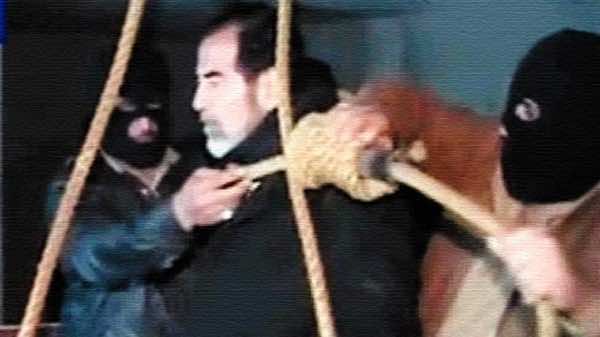 One of the executioners involved in the hanging of Iraqi President Saddam Hussein has been killed, the outlawed Baath Party said in a statement on Friday.

While not providing a date for when the executioner was killed, the statement identified him as Mohammed Nassif al-Maliki, who allegedly appeared in the video of Saddam’s execution.

The statement said Maliki was the masked man standing on the left side of the former Iraqi strongman and slipping the noose around his neck.

In the report, posted on the party’s official website, a “well-informed” source was cited as saying that “party members killed Mohammed Nassif al-Maliki, near Yusufiyah city (about 25 km southwest of, Baghdad).”

Iraqi officials have not commented on the reports of Maliki’s death.

The site mentioned that before the U.S.-led invasion of Iraq, Maliki used to sell vegetables in the country’s Karbala province.

After Saddam’s execution, he joined Iraqi Prime Minister Nuri al-Maliki’s bodyguards and was granted the rank of captain after leading the former Iraqi president to the gallows, the report stated.