Fez- The question that many Moroccans ask is whether mixed marriage always work. The first meeting happens, may be by chance, in a park, in a lift, in a bus, in an administration or wherever the gaze of admiration and ardent love electrifies the heart and fans the flames of its feelings of passion and affection. 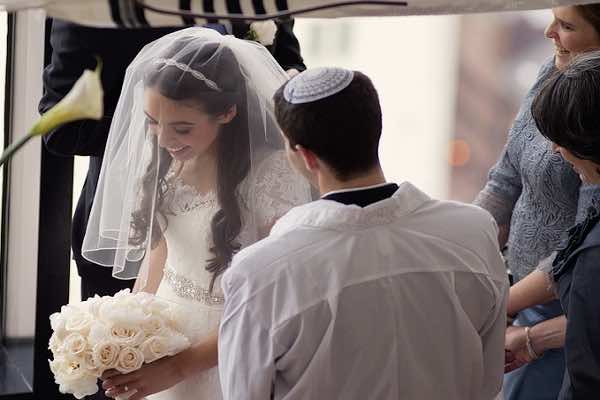 Fez- The question that many Moroccans ask is whether mixed marriage always work. The first meeting happens, may be by chance, in a park, in a lift, in a bus, in an administration or wherever the gaze of admiration and ardent love electrifies the heart and fans the flames of its feelings of passion and affection.

This is how love starts in most cases; smooth, sweet, delicious and irresistible, but the end is not usually “and they lived happily ever after.” Mixed marriages, interracial marriages or transnational marriages sometimes fail because of a variety of special issues that arise and challenge the stability of a marital union.

In an age of sweeping globalization and transnational mobility, which has become increasingly easier thanks to the new means of transportation; in an age of blurred borders thanks to the revolutionary technological inventions that connect the extremes of the world, the phenomenon of mixed marriages is remarkably increasing worldwide and more people marry across national and cultural boundaries. Mixed marriage is, thus, a by-product of globalization and the movement and migration of people.

When two racially and culturally distinct individuals marry, they bring their cultural backgrounds under the same roof, which is the contact zone where these backgrounds either co-exist and cross-pollinate for the benefit of the couple, or grapple and jostle against each other for the detriment of the marital bond.

A successful mixed marriage is one where each member accepts the right of the other to being different, which most marriage advisors see as the nub of the problem. However, many other commentators argue that mixed marriage carries within it the factors of its failure, irrespective of how long it resists.

The failed mixed marriage of the Moroccan Olympic athlete Khalid Sekkah, made uproar in Morocco since the breakdown of his relationship with his Norwegian wife Anne Cecile Hopstock, more than two years ago.

The uproar was intensified recently after his arrest in France because of an international warrant against him circulated by the Norwegian authorities following a lawsuit brought by his divorced wife who accused him of abusing their two children, Tariq and Salma.

The Moroccan champion denies the fact that cultural disparities were behind their failed love and attributes that to disagreement over real estate, but can we really detach cultural assumptions and norms from the whole story? One of the big challenges in mixed marriage, in addition to culture, is legal and institutional differences between the countries where the couple come from. In this case, disagreements over child custody, inheritance and citizenship surface.

Morocco World News received different attitudes over the issue of mixed marriage from people who undergo the experience. “It doesn’t matter whether the partner is from another culture if the relationship is based on love and dialogue from the very beginning.

I have been living with my Moroccan husband for eight years so far, and I have never thought that my life will be such a blessed life,” said Stephanie Z., a German teacher of English who married a Moroccan engineer in Germany. Stephanie converted to Islam, and when MWN asked her whether her conversion was out of conviction or just a marital conversion she said: “I would not have married Mohammed if I had not fallen in love with the culture and religion of Morocco. I converted out of conviction of course.”

Guan-yin left her family in Beijing, China and came to live in Fez after she married a Moroccan importer who frequently visits China to buy technological devices and sell them in Morocco. Guan-yin lives with her in-laws as her husband travels a lot. When MWN asked her about her experience she said with Moroccan Arabic: “Hamdollah (praise be to God). At the beginning I found ample problems because the culture, food, and language are far different from China, but with time I started to adapt and learn.”

“Another thing that tired me at the beginning was housework; there was a lot of housework to do every day but now I’m used to it.” Guan-yin said she has two girls now and she would do her best to keep harmony and love in her family, especially that the difficult times have gone now,” she added.

For Rachida C., the situation is different. Rachida is a Moroccan woman married to a French man for seven years so far. She met André R. when he came to spend his holiday in Morocco with her father, who was a worker in France. With a voice that tells a lot beyond the literal words Rachida said: “Life is ups and downs. Sometimes we fight, other times we calm down.

After all, I have to be patient because I have no other choice!” Giving her opinion on mixed marriage based on her experience, she said: “mixed marriage is more difficult for a woman than for a man. I don’t advise Moroccan women to marry Europeans. It is difficult to maintain your culture and practice your religion. It’s still difficult even if your partner doesn’t object.”

While some people think that the thread connecting wives and husbands of mixed marriages is so tenuous and can be lost any time, others think otherwise and believe that mixed marriage has several advantages.

The first advantage is that mixed marriage blends genetics and reduces children’s risks of developing diseases. Second, people who accept mixed marriage are more tolerant of other races and cultures. Third, mixed marriage allows each person to learn about one another’s cultures, religions, history, etc.