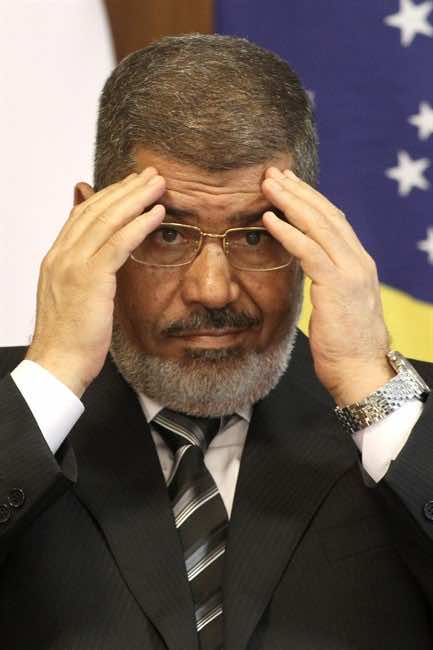 An Egyptian court said on Sunday that the Hamas rulers of Gaza and Lebanon’s Hezbollah movement helped prisoners, including current President Mohamed Morsi, escape during the 2011 uprising.

The head of the court in the Suez Canal city of Ismailiya asked the state prosecutor to investigate the circumstances of the January 2011 breakout from the Wadi Natrun prison, northwest of the capital.

He said that the Muslim Brotherhood, the Islamist group from which Morsi hails, had organised the escape with members of Hamas and Hezbollah.

The court also called on the state prosecutor to ask Interpol to circulate an arrest warrant for Sami Shihab, a Hezbollah official who had been convicted of plotting attacks in Egypt and who was serving a prison sentence at Wadi Natrun before escaping, along with members of Hamas.

Morsi said at the time that there had been no need for he and 33 other members of the Brotherhood to escape as the people “opened the doors” for them.