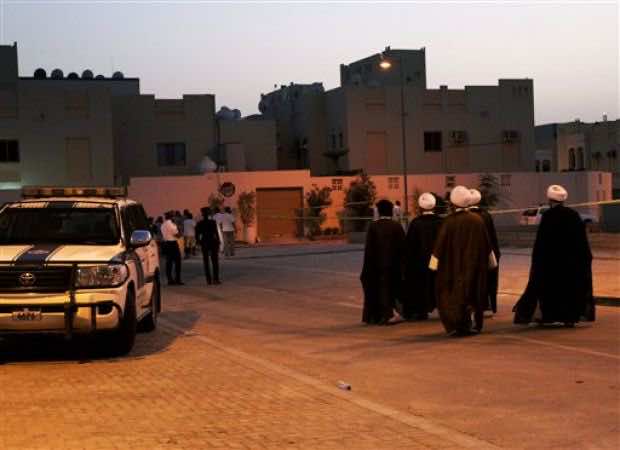 Residents of an Egyptian village outside Cairo said they were “proud” of the mob lynching of four Shiite Muslims in an attack that followed weeks of anti-Shiite rhetoric in the media.

Witnesses and security officials told AFP that on Sunday hundreds of residents of Abu Mussalem, a village in Giza province south of Cairo, surrounded the house of a Shiite resident after learning that a leading Shiite cleric, Hassan Shehata, was inside.

The mob tried threw molotov cocktails at the house, situated in a tiny alley, hoping to set it ablaze.

The crowed chanted “Allahu Akbar” (God is greatest) and “Shiites are infidels” before storming the house, dragging the Shiites out and beating them, witnesses told AFP.

Four people died including Shehata and his brother, and several others were wounded.

In Abu Mussalem, where residents refer to Shiites as “infidels”, men filmed the attack and exchanged mobile phone video clips and pictures with each other, describing how “proud” they were of the lynching.

“We’re happy about what happened. It should have happened long ago,” teacher Mohamed Ismail told AFP, to the approving nods of residents.

One person, who declined to give his name, said people had been “furious with Shehata because he recently convinced several young residents to convertto Shiism.”

There are roughly 20 Shiite families in Abu Mussalem.

Shiites are estimated as a tiny fraction of Egypt’s population of 84-million, most of them Sunni Muslim. Shiism is dominant in Iraq and Iran, a regional rival to Egypt, and the conservative Gulf monarchies.

Shehata is a leading figure in Egypt’s tiny Shiite community. He was jailed several times under the regime of ousted president Hosni Mubarak after being accused of insulting religion, residents said.

“Shehata had been attending a religious ceremony at the house of one resident,” Shiite resident Diaa Moharram told AFP in tears.

Carpenter Yasser Yehya said that when people found out Shehata was in the house, they asked the owner to hand the cleric over but he refused.

“They stormed in and attacked the place. The damaged the house, broke a wall and dragged the Shiites out one by one and beat them to death,” he said.

“We tried to save them but the people were adamant they were going to kill them,” said Sameh al-Masri.

There has been increasingly toxic rhetoric against Shiites in the media and from Sunni Islamist groups.

At a recent conference for Syria attended by President Mohamed Morsi, a leader of a Salafist movement slammed the Shiites’ “filth” for insulting the prophet’s companions.

Bahaa Anwar, a spokesman for the Shiite community in Egypt, said he blamed Morsi for the attack.

“Morsi bears full responsibility for what happened because there has been constant sectarian incitement against Shiites in the village and no one has intervened despite our repeated appeal to authorities,” Anwar said.

One resident, Abdallah Hegazy, said “the police were there during the attack but did not intervene.”

General Abdelazim Nasreddine, deputy security chief for Giza, said police tried to intervene “but the crowd was too big and the streets too narrow, preventing us from dispersing the crowd.”

Standing with his forces outside the village, he said the police had been attacked with sticks and knives by the residents “forcing us to withdraw”.

He said the police had managed to get 25 Shiites out of the house during the attack “which decreased the number of victims”.

Egypt has witnessed growing security problems since the uprising that toppled Mubarak in 2011.

There have been several reports of lynchings in recent months amid the lawlessness.

The attack on the Shiites comes at a particularly tense time of political division in Egypt and ahead of planned mass rallies next week against Morsi and his Muslim Brotherhood.