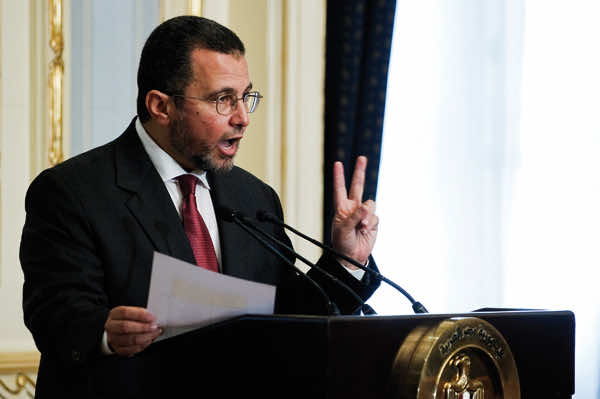 Egypt’s prime minister, Hesham Qandil, on Monday condemned the “heinous” attack against Shiites in a village south of Cairo which left four dead and several injured, the cabinet said in a statement.

Qandil “strongly condemns the ugly incident … which resulted in the death of four Egyptian citizens,” the cabinet said.

“This heinous crime is incompatible with the principles and teachings of all heavenly religions, and contrary to the nature of religious tolerance in Egypt,” he said.

On Sunday, four Egyptian Shiite Muslims were killed when they were attacked by a hostile mob in the village of Abu Mussalem in the Giza province.

A house where the minority Shiites were meeting was surrounded by residents who told them to get out.

When they refused, a crowd of several hundred people stormed the building and killed four Shiites and injured several others.

The attack comes following weeks of toxic anti-Shiite rhetoric in the media and from Sunni Islamist leaders.

Qandil expressed his “categorical rejection of hate speech and incitement to violence” and said investigations were underway and that those responsible would be held accountable.

He said authorities would “ensure that the perpetrators be brought to justice to serve as an example to deter anyone thinking of tampering with the fabric of society.”

Shiites are estimated as a tiny fraction of Egypt’s population of 84-million, most of them Sunni Muslim. Shiism is dominant in Iraq and Iran, a regional rival to Egypt, and the conservative Gulf monarchies.