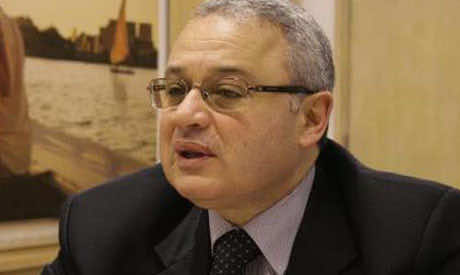 Egypt’s Tourism Minister Hesham Zazou was back at work on Monday after the newly appointed Islamist governor of Luxor quit following an outcry over his appointment to the post.

Zazou tendered his resignation last week after Adel al-Khayat, a member of an Islamist party linked to a massacre of tourists in Luxor, was appointed governor of the famed temple city.

On Monday Zazou said he intended to “work hard” and “adopt measures” to address the crisis battering Egypt’s tourism sector since the uprising that ousted Hosni Mubarak in 2011, the official MENA news agency reported.

Khayat is a member of the political arm of ex-Islamic militant group Gamaa Islamiya, which claimed responsibility for the massacre of 58 tourists at Luxor in 1997.

Islamist President Mohamed Morsi on June 16 named Khayat along with 16 other new governors, including seven from his Muslim Brotherhood movement.

Khayat’s nomination drew widespread criticism in Egypt, where Morsi’s opponents have accused him of hijacking the 2011 uprising that toppled Mubarak.

The appointment was seen as a blow to the once-lucrative tourism industry which has been struggling to recover since the uprising.

Luxor in southern Egypt is an open-air museum of intricate temples and tombs of pharaonic rulers.

It also has landmarks such as the Winter Palace Hotel where English crime novelist Agatha Christie is said to have written her thriller “Death on the Nile”.

Before the uprising, Luxor attracted thousands of tourists annually, drawn by the Valley of the Kings and Valley of the Queens, and the mortuary temple of Queen Hatshepsut — scene of the 1997 massacre in which four tourist guards
were also killed.