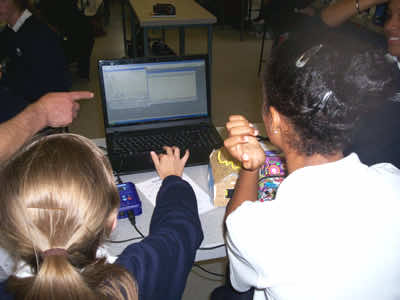 Today the issue of integrating ICT in education seems to be a very controversial enterprise, in the sense that contradictory standpoints have been expressed in the public circles. On one hand, it is argued that integrating ICTs in the process of education, and more specifically in the process of learning languages, can bring about highly insightful benefits to classroom practices. On the other hand, other scholars go on to say that ICT integration in the process of education has destroyed the pillars of highly genuine and creative education. And still, other scholars prefer to have an elastic view, standing in the middle of the continuum, “yes for ICT integration in education but with reservations”. That is to say, the use of ICT in education should be minimized because ICTs are not a panacea that can be employed to solve all educational problems. After all, education is associated with humans whose essence and psychology are extremely complex.

With the increase of technological tools around the globe, it has become necessary to integrate these devices, such as ICTs, if we want to promote the process of education. Those who favor ICTs integration in education, justify their claim by illustrating many benefits that can be promoted by this integration. They believe the transition from traditional classroom practices, or so-called “walk and chalk”, to modern ones, in which the “teacher is no longer a teacher” and the “student is no longer a subordinate”, requires a heavy integration of ICTs. With ICTs, educational conventions have been broken. The teacher assumes only a facilitator role by offering guidance and moral support. The student assumes much more responsibility in the learning process and has a say in shaping knowledge since the latter is no longer controlled by the teacher.

Accordingly, ICTs integration has participated in professional development of both the teacher and the learner and it gives rise to authenticity and autonomy. In lay terms, the inclusion of ICTs in the process of learning has increased the learner’s self-study, constructing knowledge, learning by doing and learning by discovering, which are the foundations of the Constructivism. Thus, is it possible to state that ICTs reflect the basic assumptions of the constructivist theory? All these terms look insightful, as they are at the heart of highly efficient education that we strive to establish, and hence it would be safe to say that ICT integration has succeeded in fixing those noble guidelines. Nevertheless, things are not as they seem on the surface. To make it clear, I will bring the analogy of the “Iceberg Model”, associated with cultural patterns, in order to show the unseen practices that lie behind the Iceberg Model.

Because everything is said to be limited, ICTs integration in the learning process, has its limitations as well. Further, a respectable amount of educators go on to say that ICTs integration in education is going to destroy the pillars of genuine and effective learning that we want to develop in our learners. The accessibility to lots of information in just one click has killed the learner’s higher executive skills and critical thinking, which are at the center of innovation and creativity.

In other words, the availability of heavy information on ICTs has made the learners passive and receptive agents who are also addicted to “copy and paste”. Essentially, ICTs have been integrated in education for the sake of moralizing educational practices through elevating the learners’ independent. This noble purpose, however, has not been fully attained. These days, ICTs are blamed for demoralizing the learning process through the heavy reliance on tools such as smart phones, iPads, and laptops, even in illegal settings like exam times. For instance, in the Baccalaureate exams of this year many cheating cases were recorded (according to Hespress, a toll of 1924 attempts). Hence, ICTs have not completely succeeded in insuring highly effective instruction.

In the middle of the line lies a more elastic view that combines both the “reservation of traditional classroom conventions” and the limited manipulation of ICTs a way to facilitate the learning-teaching operation. The followers of this perspective strongly believe that neither “walk and chalk”, nor ICTs are successful on their own. Fundamentally, the learning-teaching operation, and the process of education in general, cannot be fully fulfilled without the direct intervention of the teacher who brings emotions, concrete interaction, feelings and above all motivation, which is at the center of successful learning.

Thus, to guarantee effective learning and teaching, combining both traditional teaching styles and integrating ICTs in education is at the heart of achieving this noble aim.