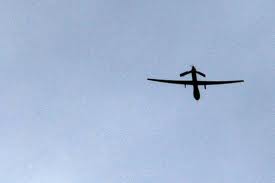 Elite police units stormed nine sites in southern and eastern Germany as well as Belgium based on suspicion of “preparation of grievous acts of anti-state violence” as well as money-laundering, the federal prosecutor’s office in the southwestern city of Karlsruhe said in a statement.

No arrests were made, and prosecutors declined to provide any further details on the suspects or their alleged targets.

“The aim of today’s raids is to collect evidence of possible plans and preparations for attacks as well as information about the means of financing radical Islamist terrorism,” prosecutors said.

About 90 police officers took part in the raids early Tuesday, based on warrants issued by two German judges and carried out on the orders of the chief federal prosecutor’s office and prosecutors in the southwestern city of Stuttgart.

Beyond the two men of Tunisian extraction, the searches also targeted four of their alleged contacts “on suspicion of financing militant jihad” as well as a fifth person accused of money-laundering.

Public broadcaster SWR reported that several of the suspects studied in Stuttgart, some of them specialising in aeronautics and doing internships in
which they flew model airplanes using GPS navigation.