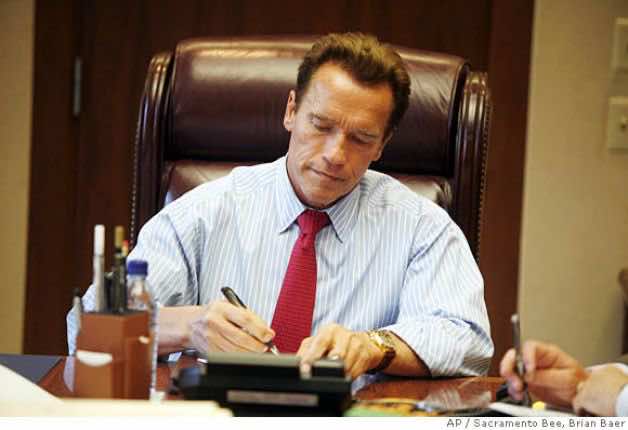 US actor and former California governor Arnold Schwarzenegger vowed in Algeria on Tuesday to press his bid to “terminate” threats to the environment through his climate action campaign.

The star of the Terminator and Predator movies said the world needed to “do better” if the goal of a 75 percent global reduction in greenhouse emissions is to be achieved.

“It is also important that I play the Terminator and terminate the environmental problem in real life — and that is exactly what I am doing,” Schwarzenegger told an Algiers news conference.

After morning talks with Prime Minister Abdelmalek Sellal, the star-turned-campaigner headed to Algeria’s second city Oran, which is to join his R20 Regions of Climate Action initiative to promote a low-carbon economy.

Environment Minister Amara Benyounes said the assistance Algeria received would be used in particular to improve the collection, treatment and recycling of waste.

Schwarzenegger, a Republican campaigner for environmental causes more often associated with Democrats in the United States, said saving the planet should not be a party political issue.

“I don’t think you can put people into ideological corners when it comes to the environment because … there is no liberal water or conservative water, we all drink the same water,” he said.