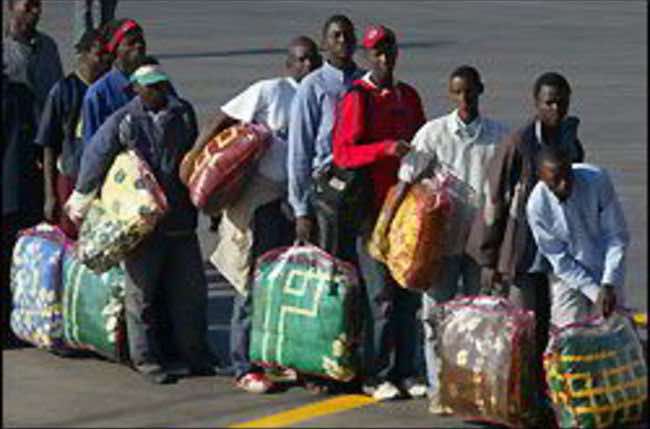 Hundreds of African migrants hurling stones stormed a border fence from Morocco into Spanish territory in a “violent” assault on Wednesday, authorities said, the latest in a series of such attempts.

A local Spanish government spokeswoman said there was a “massive assault” in the early hours at one point of a six-metre (20-foot) fence separating the Spanish enclave of Melilla from Morocco on the Mediterranean coast.

She added: “The assault was violent. The sub-Saharan immigrants threw stones at Moroccan security forces and in the end, of the 300 migrants, about 100 managed to enter Spanish territory”.

Those who made it into Melilla were taken to an open reception centre that is currently home to about 750 immigrants, she said.

Hundreds of Africans have tried to enter the territory over recent months, by sea or over the fence, prompting clashes that have left migrants and security forces injured.

On March 11, some 25 people were injured as they attempted to pass the fence. A Moroccan human rights group said that one of them, a Cameroonian migrant of 30, died of his injuries in Morocco.

Spanish authorities have reported a surge in attempts to scale the fence over recent months while many migrants camp in the wild nearby on the Moroccan side.

Rights groups in late 2012 estimated there were up to 25,000 migrants from sub-Saharan Africa in Morocco.

The head of the local Spanish government delegation, Abdelmalik El Barkani, in May warned that authorities were struggling to stem the flood of migrants to Melilla, which has become one of the main entry points for Africans desperate to reach Europe.

He said the flow of migrants to Melilla had increased after a crackdown on arrivals via the Canary Islands and in the wake of violent unrest in northern Africa over recent years.