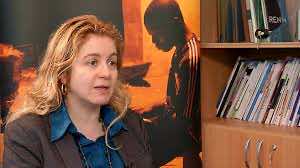 Hela Cheikhrouhou, a Canadian-educated Tunisian, has been named the first executive director of the Green Climate Fund, which will spearhead funding to combat climate change, the organisation’s board said on Wednesday.

Cheikhrouhou was an investment banker at Citibank, overseeing market risk management in North Africa, before she moved to multilateral development banks, it said in a statement.

Over the last 10 years, she has worked in the World Bank’s Latin America and Caribbean region and is currently director of the Energy, Environment and Climate Change Department at the African Development Bank.

“Hela’s financial expertise, coupled with her drive and enthusiasm, will help establish the Fund as an effective and credible funding facility to tackle climate change in the developing world,” Zaheer Fakir, the board’s co-chairman, said.

Headed by a 24-member board, the GCF is in its start-up phase, with a secretariat at the Songdo International Business District in the South Korean port of Incheon.

The fund was agreed at a UN climate conference in Durban, South Africa, in December 2011.

Its goal is to help channel up to $100 billion sketched in annual funding to poor, vulnerable countries by 2020, drawing on public and private sources.