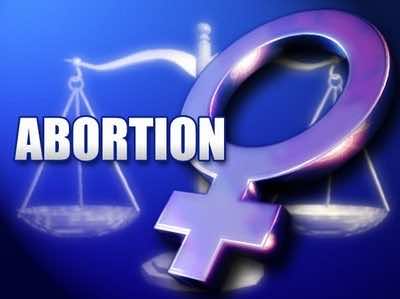 One year ago, the boat of a Dutch abortion-rights campaign group (Women on Waves) targeted Morocco to offer free access to medical abortions for Moroccan women. The Dutch campaign was allegedly invited by “Alternative Movement for Individual Liberties,” a Moroccan movement apparently founded by a group of Moroccan human rights activists.

The Moroccan government blocked the boat from sailing into Smir port. A number of Moroccans subsequently staged a number  of protests, denouncing the Dutch campaign’s cause. As a corollary, a burst of journalistic articles and heated debates in Morocco and worldwide shed light on the event.

Some probed and criticized Morocco’s prevention of the Dutch boat from achieving its mission, putting a question mark on human rights and individual freedoms in Morocco. The arguments put forth by this group of people were grounded on liberalist ideals. Another camp, clearly counteracting the former, argued against Women on Waves’ abortion cause. This camp was occasionally described as conservative and anti-human rights.

Whenever the abortion debate is kindled somewhere, it traditionally takes two diametrical directions. Liberalist and moralist ideals are often the argumentative buttresses on which abortion debates are grounded. In Morocco, a Muslim country by definition, the moralist camp axiomatically dominates the debate. Abortion is an offense to moralist, religious and humanistic ideals. It is usually labeled a criminal practice, as callous and sordid as any other customary crime. Morocco’s abortion law must not be liberalized according to this camp.

On the other hand, the liberalist camp barely makes its voice heard. Outnumbered by a mass of abortion opponents, pro-abortion voices in the Kingdom tend to rely on international backup to make their voices heard. Abortion is an individual freedom for this camp. Its opponents draw clear-cut fences between abortion and crime. Preventing a woman from aborting is tantamount to a human right violation, according to them. Their major demand is the liberalization of abortion law..

Nevertheless, abortion in Morocco is legally permissible in exceptional cases. Article 453 of the Penal Code was amended by the Royal Decree No. 181-66 (1 July 1967) to provide that the performance of an abortion shall not be punished when it is a necessary measure to safeguard the health of the mother.

A certified surgeon with the indispensable consent of the spouse performs the abortion. If the spouse objects to the abortion, the physician can only perform the process with the official opinion of the chief medical officer of the province or prefecture. In this case, after consulting the doctor supervising the mother’s health, the officer certifies that abortion is the only way to save the mother’s life.

However, abortion remains illegal under the Moroccan Penal Code. Any individual who clandestinely performs an abortion is subject to one to five years of imprisonment in addition to a MAD 100-500 fine. The penalty is doubled when individuals are found to perform abortion on a regular basis. The medical staff involved in the performance of an abortion can be temporally or permanently suspended from exercising their profession. A woman who consents or intentionally induces to her abortion is subject to 6 months or 2 years of imprisonment.

The dust has not settled yet on the grounds of the abortion debate in Morocco. Despite Women on Waves’ failure to achieve their alleged humanistic mission in Morocco, abortion rates in the kingdom are still significant. Between 600 to 800 abortions take place daily in Morocco, all of which are clandestine and illegal according to Moroccan law. Abortion drugs are also publically accessible in Moroccan pharmacies and medical centers.