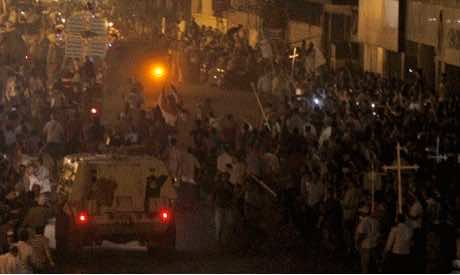 Germany on Friday called an escalation in political violence in Egypt a “moment of truth” for its fledgling democracy and urged Islamist President Mohamed Morsi to implement reforms.

Foreign Minister Guido Westerwelle underlined that demonstrators had a right to peaceful assembly and urged both sides to refrain from bloodshed after one activist was killed overnight, his spokesman said.

Westerwelle “is deeply concerned about the current escalation in political tensions in Egypt,” the spokesman, Andreas Peschke, told reporters.

“This is in his view a key moment of truth for political change in Egypt.” Westerwelle urged all parties to “live up to their responsibilities and prevent any outbreak of violence.”

“What Egypt needs above all are reforms so that the economic situation will improve and people have real future prospects,” Peschke said.