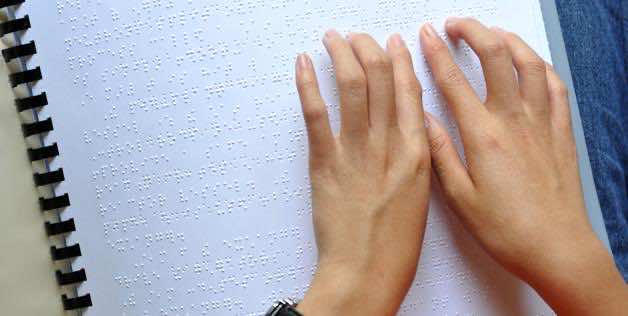 Delegates hailed as historic an international treaty signed on Friday in the Moroccan city of Marrakesh that is expected to boost hundreds of millions of blind or visually impaired people’s access to books.

Blind music legend Stevie Wonder was in Marrakesh for the celebrations and he called the treaty, which comes after years of negotiations and resistance from rights holders, “a new beginning”.

Until now and because of copyright law, only about five percent of books published each year appear in formats accessible to the visually impaired, according to the World Blind Union.

Their cross-border exchange is also severely restricted, putting them out of reach for the vast majority of the estimated 314 million visually impaired people worldwide, 90 percent of whom live in developing countries.

After more than a week of intense debate, the 800 delegates from the World
Intellectual Property Organisation (WIPO)’s 186 member countries reached a
compromise, primarily on limiting copyright restrictions.

The accord aims to facilitate the transcription and circulation of published works in special formats such as Braille, audio books and large print text.

Civil society representatives attending the negotiations erupted with joy when the treaty, the culmination of years of negotiations, was first announced.

“It’s a pretty historic, exciting day for us here at the WIPO conference,” said Maryanne Diamond, president of the World Blind Union, adding: “It’s been a very long battle.”

“This treaty… allows people to be able to borrow or get access to books produced in an alternate format in one country and share it with persons in another country. This is a really important thing,” she explained.

“Now countries have to ratify the treaty. You can’t use the treaty until you ratify it.”

The debate has centred on the 1886 Berne Convention for the Protection of Literary and Artistic Works, which effectively requires that permission be obtained from authors, and royalties paid, for the use of copyrighted works.

As the WIPO’s director general Francis Gurry explained, even if there are exceptions, “the tangle of national regulations” currently makes international lending of special format books very difficult.

“It’s the system of exchange created by the treaty that will make the difference. A blind person in Senegal or Morocco could directly request copies from an association in France for example,” he said.

Like many at the meeting, Gurry said he was “pleasantly surprised” by the outcome, given the expected opposition from publishers concerned about how the treaty might undermine their interests.

Barbara Martin, with the National Organisation of Spanish Blind People, praised the implications of the treaty for the Spanish-speaking world.

“It’s going to be just amazing. We’re talking here, in Spain and Argentina, about more than 150,000 works in accessible format being shared with the rest of the Spanish community,” she said.

Jace Nair, head of the South African National Council for the Blind, said securing the treaty was “a very emotional moment,” and emphasised the impact it would have in Africa with its disproportionately large blind population.

“We’ve been in negotiations at WIPO for the past four years and we know the kind of battle it was, and particularly the resistance of some of countries, especially the US and the EU. But sense prevailed over the weekend.”

“In Africa, we’ll be in a better position to get a greater access to information and knowledge… (which) is going to improve the quality of our education, improve access to education, access to health services, active participation in civic life,” he added.

Adopted unanimously on Thursday, the Marrakesh treaty was signed on Friday morning in the presence of Stevie Wonder, who had promised to perform in the event of an accord being reached.

“This is a new beginning for the blind and the visually impaired. This victory… sends a message to the world leaders that it is possible to do business and to do good in the meantime,” said the US singer.

“I’m urging now all governments to implement this treaty.”