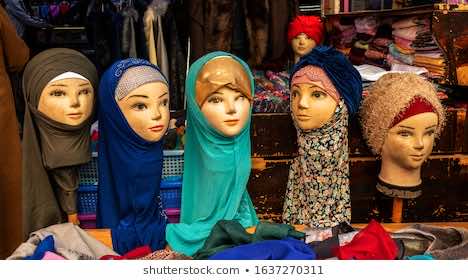 Rabat – After residing in Morocco for two months, I have been questioned by many people at home as well as several women here about what my opinion is on the Islamic headscarf.

I am against banning headscarves at home. As to whether or not I believe they are oppressive, or negative-I’d have to say that it depends on the situation.

I have been outspoken at home about my opinions on this issue, and I affirm that both the hijab and niqab should be permitted in Canada, excluding situations where facial identification is necessary for legal or security reasons (passport photos, driver’s licences, giving testimony in court etc).

This is because Canada is a multicultural, secular democracy which prides itself in protecting the right to religious freedom. This is one reason why Canada has become a haven for refugees from all over the world, many of whom fled their countries of origin on the basis of religious persecution.

That being said; Canada is a very good place to live, but it isn’t perfect. Veiled Muslims in Canada are sometimes subjected to harassment, and I can even think of one woman in Misissauga Ontario who was physically attacked and had her niqab torn off. Now I am perfectly accepting of people having their respective opinions about the hijab and niqab- but they should express them in a humane and civilized manner.

I will admit here, that the idea of covering one’s own face is difficult for me to understand, as I think it puts a very thick barrier between yourself and others. However, I have had women insist to me that they wish to veil their faces, and I respect their right to do so.

Now the reason that I said that I believe that the hijab or niqab may be a negative or oppressive thing is because there are women who are forced to wear it. This can happen through the imposition of laws restricting women’s dress, such as Sudan where women have been publicly flogged for wearing trousers, or it can happen to girls at home in Canada who resentfully wear their headscarves every day because of pressure from their families.

It was originally difficult for me to decide what was appropriate dress here in Rabat, as I see on a daily basis everything ranging from T-shirts and skirts, to headscarves and full face veils. I assume that some of the girls here are feeling pressure from parents more conservative than themselves to wear a headscarf even if they don’t want to, and I assume also that some of the girls wearing them are perfectly eager to.

I also wonder, if there are girls who would feel ridiculed by their more liberal friends for wearing a headscarf, and therefore opt not to, even though it is what they wold rather do. I also wonder, if there are women here, who chose to wear a headscarf not out of their personal religious interpretation, but because they wanted to protect themselves against harassment from men.

Regardless, I am happy to see that there do not appear to be legal punishments for opting to wear or not to wear the headscarf here, but saddened that there are surely some other forms of coercion in existence.

And so, there is a situation that is problematic to me as a feminist. This is that a woman’s right to religious freedom is not universally respected. Women who choose to wear hijab or niqab can be subjected to harassment by non-Muslims or even by fellow Muslims who take a more liberal interpretation of Islam.

Similarly, women who hate wearing a headscarf, or even a niqab can be forced to against their will. I believe that imposing the Islamic headscarf would be just as oppressive as banning it. Essentially what is needed is an atmosphere where everyone is more tolerant of each other’s decisions.

But, if women are still being lashed for their fashion choices, and can still find themselves harassed in a multicultural society like Canada, I think there is a long way to go before this will happen.