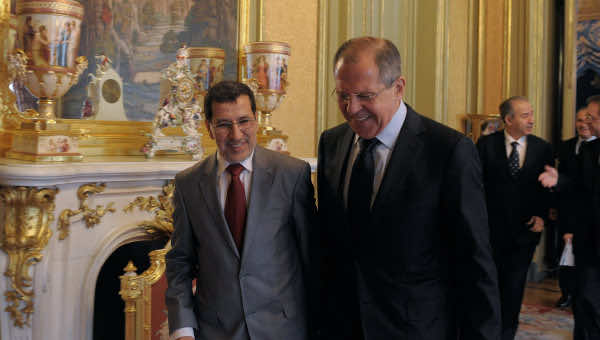 Morocco is the largest trading partner of Russia in Africa and the Arab region, said Friday in Moscow, Foreign Minister, Saad Dine El Otmani, noting that both countries are driven by the same will to boost bilateral cooperation.

El Otmani expressed satisfaction, during a joint press conference with his Russian counterpart, Sergei Lavrov, with the strength of relations between the two countries.

“We were able to identify, during our meeting, a clear vision for further strengthening bilateral relations through agreements that are ready or those to be signed before the end of this year, ” he said.

The minister stressed the need to bolster economic relations, especially in trade, tourism, oil and gas, welcoming the positive position of Russia in the Security Council of the UN on the proposal to expand the mandate of MINURSO to include the monitoring of human rights, and choosing Morocco to host the meeting of Russian ambassadors in the Sahel region and North Africa.

For his part, the head of Russian diplomacy said talks with his Moroccan counterpart focused on economic and political issues, hailing the increased volume of trade with the Kingdom, considered a strategic partner for Russia.

Lavrov noted that the Moroccan-Russian relations in the fields of trade, scientific research, energy, and transport, will make a qualitative leap through the common will of the two countries.

He also stressed the need to sign, as soon as possible, an air transport agreement between Morocco and Russia to bring the two peoples together and promote tourism, and to develop a cooperation memorandum on the fight against terrorism.