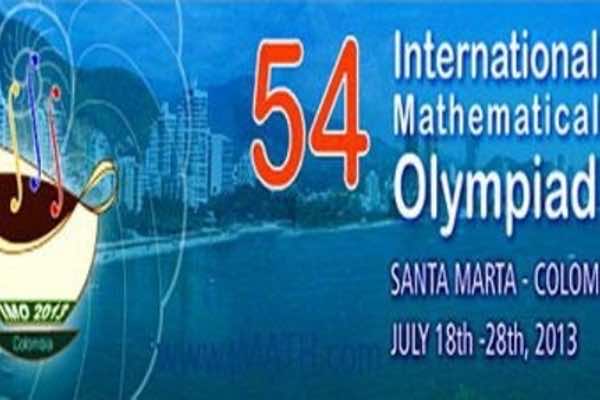 Only few days remain before the six Moroccan students, who were qualified to participate in the 54th International Mathematics Olympiad (IMO 2013), fly to Santa Marta, Colombia to set for the “hard” Six-problem Contest for pre-collegiate students. 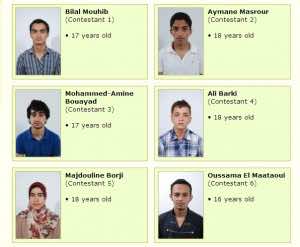 Led by Abdellatif Zerouale and Mohamed Berraho, the six talented students namely Bilal Mouhib, Aymane Masrour, Mohammed-Amine Bouayad, Ali Barki, Oussama El Maataoui and the only female student Majdouline Borji will represent Morocco in the oldest of the International Science Olympiads held in the Caribbean region of Colombia from July 18th to 28th, 2013.

Since its first participation in 1983 with Khalil Benhssein and Noureddine Hamdane, Morocco has been doing good and usually ahead of other Arab countries.

Ever since, Morocco has established itself as a regular candidate, generating 4 Silver medals, 32 Bronze medals and 50 Honourable mentions according to the official website of IMO.

According to a communiqué issued by the Ministry of National Education, the six students were selected among the best in Mathematics through Math tests administered in all regions of the kingdom and three trainings conducted in the second stage.

Ali Barki, an 18 years old gifted student from Goulmima, south-east of Morocco, ranked first at the national level after passing successfully the hard stages of the national competition.

The International Mathematical Olympiad (IMO) is the World Championship Mathematics Competition for High School students and is held annually in a different country. The first IMO was held in 1959 in Romania, with 7 countries participating.