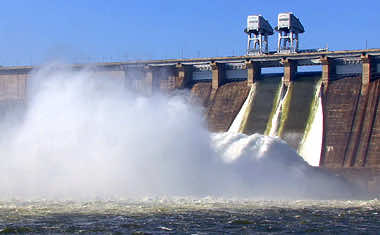 Ethiopia is hoping that talks with Egypt will ease a row over sharing the waters of the Nile, Foreign Minister Tedros Adhanom said on Sunday during a trip to Algeria.

But Tedros did not rule out “international mediation” if the talks founder.

The dispute erupted after Ethiopia last month began diverting the Blue Nile River for the construction of its 6,000-megawatt Grand Renaissance Dam.

Egyptian President Mohamed Morsi has warned that “all options are open” because of concerns about the impact on downstream water levels.

“There is no reason that we cannot reach an agreement that benefits” all Nile countries, Tedros said at a joint news conference with Algerian Foreign Minister Mourad Medelci.

“Ethiopia is genuinely committed to solving any problem through dialogue and negotiations… we have to cooperate to share what nature has given us.”

Tedros said he would travel soon to Cairo for further talks with Egyptian Foreign Minister Mohamed Kamel Amr following a round of discussions earlier this month in Addis Ababa.

Some 86 percent of Nile water flowing to Egypt originates from the Blue Nile out of Ethiopia, and Cairo has said the construction of the dam is a security concern.

Ethiopia’s parliament ratified a controversial treaty in early June ensuring its access to Nile water resources, replacing a colonial-era agreement that granted Egypt and Sudan the majority of water rights.

Ethiopia says the $4.2-billion (3.2-billion-euro) dam is aimed at generating electricity for export to neighbouring countries, including Kenya and Djibouti.

It is set to become Africa’s largest hydroelectric dam, with completion earmarked for 2017, and is being funded entirely from internal resources.