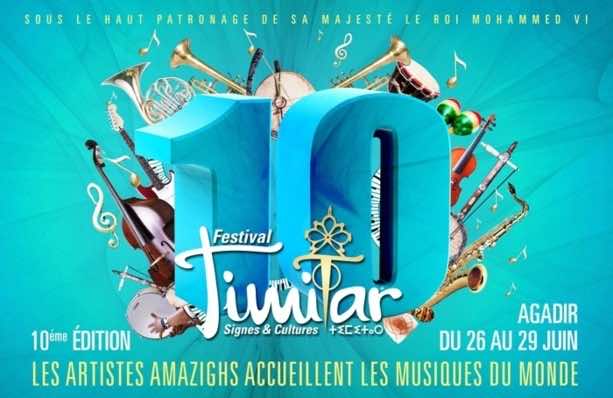 Hundreds of men and women in uniform had been called to join the efforts of maintaining security and facilitate traffic flow at Agadir’s Timitar festival.

Police patrol cars equipped with rotating cameras on top were seen combing sensitive areas in down town Agadir as huge numbers of people -sometimes moving in large groups at once- engulfed the venues to enjoy watching the musical performances.

The local authorities implemented several road checkpoints at the city exits and main entrances to monitor seat belts, excessive speeding and drivers under the influence of mind-altering substances.

As a tourist hub par excellence, Agadir is a favorite destination to thousands of local and foreign tourists who visit the city each year to enjoy the sun and the fine beaches.

The task of keeping everyone safe, especially with such a big festival in place is getting harder and more complicated.

Policemen, firefighters, auxiliary forces, paramedics were all ready to any urgent intervention.

The fear from a lurking threat of a potential terrorist attack pushed the the local  authorities to take  drastic measures such the use of bomb-sniffing dogs and metal detectors in order to detect any material that might be hidden somewhere on the stages or in someone’s bag pack.

Boots on the ground were doubled to keep the crowd from invading the VIP zone in which only people with an invitation or a press accreditation were allowed. Several endeavors to cross the barriers were aborted in the cradle and the “wrongdoers”, mostly teens aged 15 or 16, were asked by policemen to cease their attempts.

A private security firm worked alongside the regular forces to check the ID’s and escort the performers from where they stay to the concert venue and vice versa.