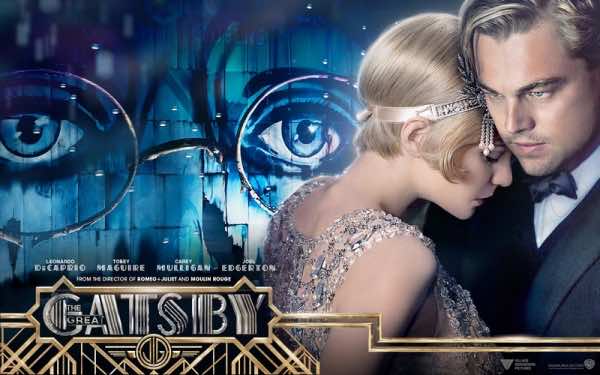 Despite my professors’ incessant recommendations to read F. Scott Fitzgerald’s, The Great Gatsby while still an undergraduate student, I have not ceded to the temptation of doing so until recently. A couple of weeks ago, I received a text message from a friend of mine that read, “Hi, are you up for the movies? We can go watch The Great Gatsby!” I had to reject the invitation, for I have been engrossed in piles of academic assignments. Perhaps, too, I was daunted by the idea that the movie adaptation would bumble my aspiration to read the novel.

Ultimately, I ceded to the temptation. My friend’s detailed and tempting descriptions of some of the scenes from the movie stirred a restless curiosity in me that did not settle until the day I decided to watch The Great Gatsby. For me, be it the novel or the movie, both doubtlessly impart the same messages and sensations, and kindle perhaps similar introspections and retrospections.

The significance of The Great Gatsby resides in its universal properties. Emphatically, the novel addresses U.S.-specific themes, namely class struggle and the waning of the ultimate American Dream, from the vantage point of Nick Carraway. Yet, beneath its culture-specific themes and implications, The Great Gatsby is a universal landmark, replete with human experiences to which anyone of us can relate.

The Great Gatsby is unquestionably fraught with lessons and morals that are discernible depending on the vantage point from which one approaches the story. The Great Gatsby seems to remold the universe to make those who intrude it, by means of reading the novel or watching the movie, live the experiences and witness the events as if they were part of the plot. Personally, I left The Great Gatsby’s fictional cosmos with three priceless life lessons.

Lesson 1: Try everything…as long as you can!

“I wish I had done everything with you.” Daisy Buchanan (The Great Gatsby film)

Daisy seems a lighthearted, splendid young woman at first sight, but is actually a pot full of pain and sorrow, as we get to learn her full story. Gatsby, the young, well-mannered gentlemen on the other side of the lake, is nothing less than a reflection of her inner torment. The lovers finally meet after 5 years of physical and sentimental distance, and the married Daisy and the morally degraded Gatsby realize that their delight might not go beyond that heartwarming encounter.

“I wish I had done everything with you,” says Daisy, aware of the fact that the past is irrecoverable and that her present, priceless moments with Gatsby are only laconic and without any reasonable prospect. What could such utterance, in such a predicament, invoke in our interpretive minds? What could Daisy’s statement, uttered in the form of a wish that radiates undertones of partial despair, tell us about life?

Well, it tells us one key thing: try everything, as long as you can! Universally, we humans are prone to easily cede to despair and depression whenever unpredictable occurrences ruin a dream of ours. There is this intimidating voice that echoes inside us whenever failure knocks on our doors, discouragingly resounding, “stop trying…stop trying…It’s over!”

Daisy is in an unbearable plight, being a charming young woman married to a cheater whom she does not love.  Gatsby, too, is in a ridiculous predicament, being a filthily rich young man who throws daily parties at his castle in hopes to see his married, beloved among those invited one day. What induced such plights? Well, they are the result of ceding to that very intimidating, internal voice holding one from clinging to his dreams.

Daisy was in love with the destitute young soldier, Gatsby, but Gatsby leaves the city to fulfill his military duty, leaving an impassionate Daisy awaiting him. Gatsby never returns. Rather, he sends her a message in which he states that he would never return unless he’s no longer poor, for he was aware that his social class would sooner or later hinder his love to Daisy. Daisy accepts to marry Tom Buchanan, an unbearable rich man, who has an affair with another woman.

Had Gatsby tried to climb the ladder of wealth without resorting to sordid means, had he strived against the odds of an exploitive modern society, had he tried, akin to any of those well-determined young men who “made it,” to start from scratch and set out his own empire his predicament would not have been as pitiful a predicament. Gatsby rather opted for the “open” path, that of unethical and undeserved financial gain. He returns rich and is faced with a new, unchangeable reality. He is a tragic hero, with as lamentable a plight as that of Shakespeare’s Hamlet.

The lesson to retain here is that life is a sea of possible paths. It is sometimes when everything seems to run counter to one’s aspirations that are the most perceptible. Even the lack of options is an option. Thinking out of the box, is sadly, a process that takes place only when the box becomes a sealed, iron room. Daisy and Gatsby’s predicament is the result of surface thinking, hasty decisions and emotional reasoning. If you don’t want to be a Gatsby or a Daisy, try everything as long as you can. When a door closes, don’t overlook the window!

Lesson 2: The past is only a stair, not the entire ladder!

Nick Carraway: You can’t repeat the past.

Jay Gatsby: Can’t repeat the past? Why of course you can.

Gatsby is entrapped in his past. He is unwilling to admit the ideal scenario of the past cannot be rewritten, even after he manages to climb the ladder of wealth. Every single thought and every single action is a bid to compensate his past failure. He keeps 5-year old memories in his mind, oblivious of their irrelevance to the present. It is with the climax of the story drawing near that Gastby begins to see Carraway’s utterance incarnated. It is not his past choices that solely impinge on his present; rather, it is mainly his defiance of the present that amplifies his predicament.

Carraway is right! The past is a past, why repeat it? When I read and heard his statement to Gatsby, the first thing that crossed my mind was our tendency to blame the present on the past. A great volume of our efforts is absorbed by our continuous endeavors to come in terms with the past, at the expense of the present.

Even if Gatsby had easily recuperated his beloved, he wouldn’t have been able to disremember the five years he spent attempting to become what he “had to be”, rather than remaining “what he is.” This is a universal human trait! We are loath to tolerate the idea that certain things are unrecoverable and some things are unchangeable. It is, however, his flaws that make him human, and make his predicament a universal experience that each one of us relates to or will relate to at a certain point of time.

I strongly recommend reading The Great Gatsby for its meticulous and sober descriptions of sensations, characters, settings and events. I also recommend watching the movie to get a sense of Gatsby’s universe and to witness a fabulous incarnation of the narrator’s descriptions. The Great Gatsby is a fountain of human experiences that are relevant to our contemporary lives and that tell a great deal about human essence.