Casablanca - Since 2011, the bulk of countries in the Middle East and North Africa have turned into touch-in-go areas. Although radiations of instability reached the kingdom at a certain point of time, Morocco managed to stay balanced on a thin rope. People from all corners of the world are now wondering whether Morocco is to be considered the safest country in North Africa and the Middle East so far. It was an exception to the upheaval, but could it be an exception to the plague of intolerance and anti-change? 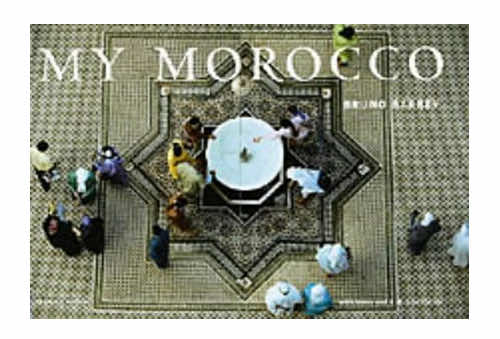 By
youssef sourgo
-
Youssef Sourgo is currently a Master’s student in Linguistic and Literary studies at Ain Chok Faculty of Letters and Humanities.
Jul 1, 2013
Spread the love

Casablanca – Since 2011, the bulk of countries in the Middle East and North Africa have turned into touch-in-go areas. Although radiations of instability reached the kingdom at a certain point of time, Morocco managed to stay balanced on a thin rope. People from all corners of the world are now wondering whether Morocco is to be considered the safest country in North Africa and the Middle East so far. It was an exception to the upheaval, but could it be an exception to the plague of intolerance and anti-change?

Today, pictures of the recently murdered 21-year old Andrew Pochter swept social networks. The handsome American young man was at the wrong place, at the wrong time. Killed amidst the escalating upheaval for freedom in Egypt, Andrew joins American ambassador Chris Stevens who handed over his soul in Libya, afar from his homeland, too.

Both Stevens and Potcher coincidently had spent some time on Moroccan soil. The former taught English as a Peace Corps volunteer in Morocco before quitting the kingdom to embark on other ventures back in the States, his homeland. The second studied Arabic in Al-Jadida, Morocco, before leaving Moroccan soil as well. Ultimately, both were murdered on the soil of countries neighboring Morocco, because of a lamentable lack of differentiation between “what happens” and “who is responsible.”

While Morocco is emphatically a country like any other nation, with its deficiencies, domestic instabilities and occasional terrorism-related occurrences, the kingdom has developed an exceptional sense of diversity and multiculturalism. Moroccans seem to gradually visualize the red lines between the deplorable things happening in the world, the people behind them, and the people who, like any other ordinary folks, know nothing more than what we know. While a foreigner in Morocco used to be once associated with mainstream conspiracy theories, a foreigner today is perceived from a different, more human lens.

Can we talk about a budding humanism in Morocco? While domestic injustices, corruption, abuse of authority and human rights, alongside other plagues in the kingdom, are crippling Morocco’s developmental aspirations, recurrent celebrations of tolerance and difference have kept the country’s sky blue and its seas silent. Americans, and any other foreigners now walking on the kingdom’s soil, are now seen as the “human other,” who is simultaneously different and similar to the “human us.”

One year ago, one of my professors, a young and cheerful 24-year old Fulbright scholar to Morocco, took a popular bus on a rainy day after a rich and thought-provoking class with us.

A sordid thief sneaked his serpentine hand in her handbag, got hold of her purse and headed to the exit door hastily to ask the bus driver to drop him at the closest bus stop. An alarming cry echoed from the other side of the bus sounding, “He’s a thief! He stole the foreign lady’s purse, I saw him! He’s a thief!” Seconds after this alarm blurted out from the 50-year old concerned woman, the thief was under innumerable hands and my professor’s purse was back where it belonged.

While the real anecdote above might seem as superficial support to the argument I have been sustaining so far, it becomes a bit more revealing with the next couple of lines. I was robbed of my phone(s) and wallet(s) quite a considerable number of times, but I never heard that alarming voice blurting out of a concerned voice on the other side of the bus. The passengers always enjoyed the show and remained silent. Some of them spoke, but only when the snaky hands were out of sight. I barely get discounts on something I buy, too. When it is a foreign friend by my side, a shiny smile draws on the shopkeeper’s mouth, and a discount seems more of a favor than an option—plus a cup of tea and some cakes.

What does this anecdotal rumbling say about Moroccans? Well, we’re generous, certainly, but people are much more sincere when it is someone who knows little or nothing about our culture. I have seen a plethora of poor families hosting foreigners for the sake of “Ajar” (a blessing from God for a good deed). They ask for nothing in return, and cry like babies when foreigners depart, after only one night of fragmented chatting with someone they barely understood. What does all of this tell about Moroccans?  What does it tell about Morocco?

Is it the safest country in the world? Axiomatically not! Yet, it’s a safer country today, or at this very instant these lines are being typed. Despite the dreadfulness of some of its dark streets, and despite the inhuman claws of some of its citizens, the country’s hands, as a whole, have always taken care of its guests from other segments of the world. Many foreigners admittedly handed over their souls on our soil, too. Yet, their souls remain eternally enshrined in our memories just like those of our own blood, and their deaths remain scars on our faces, a guilt we carry as we age with the passing of time, reminding us of how irrational we sometimes tend to be.

This is by no means a condemnation of other nations, nor is it an attempt to raise our flag higher than our sister nations while they’re enduring pain for freedom. It is rather a mere attempt to sort Morocco out of the list of lands occasionally described unworthy of mention, a land where humans are nothing less than a worn out shoe. Morocco is grateful, generous, tolerant, cheerful, and, though perhaps not the safest, is still a land that stretches its hands cheerfully to anyone belonging to our human race.