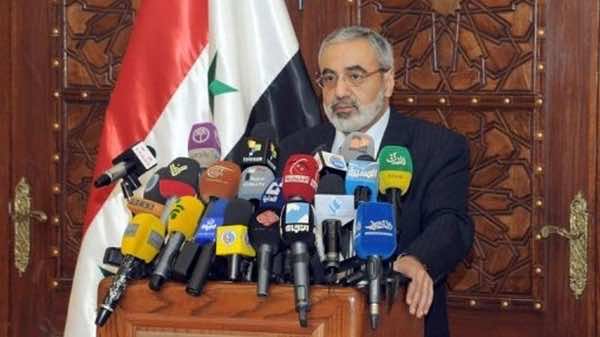 “It is clear the Muslim Brotherhood is incapable…of running the state in Egypt. Their model has failed for ever,” Zohbi said at a press conference broadcast by Syrian state television.

“The Muslim Brotherhood’s regime in Egypt is dead, but the death certificate has not yet been published,” the minister said.

There is long-standing animosity between the Syrian regime and the Muslim Brotherhood, and membership in the group has been punishable by death in Syria since the 1980s.

The Brotherhood today plays a key role in the exiled opposition National Coalition, which is recognized by more than 100 states and organizations as legitimate representative of the Syrian people.

A year on from taking power in Egypt, “they have managed to demolish…the state’s reputation,” said Zohbi.

The Egyptian health ministry said 16 people died on Sunday in nationwide protests against Mursi, including eight in clashes between his supporters and opponents outside the Muslim Brotherhood headquarters in Cairo.

Zohbi meanwhile lashed out against the group for “destroying national unity” in Egypt.

In Turkey, Erdogan is also facing a wave of protests demanding his resignation.

Turkey is hosting some 400,000 Syrian refugees who have fled the 27-month conflict back home.

It also serves as the opposition’s rear base.

The uprising against Assad began in March 2011, with peaceful anti-government demonstrations but became an armed insurgency after a brutal crackdown by the regime.

The Syrian Observatory for Human Rights watchdog says more than 100,000 people have been killed in the country’s war.