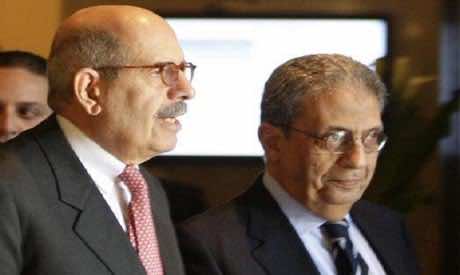 Egypt’s main opposition coalition said on Tuesday it would not support a “military coup” and trusted that an army statement giving political leaders 48 hours to resolve the current crisis did not mean it would assume a political role.

“We do not support a military coup,” the National Salvation Front (NSF) said in a statement.

“The NSF has been committed, since its formation on 22 November, 2012, to build a civil, modern and democratic state that allows the participation of all political trends, including political Islam. We trust the army’s declaration, reflected in their statement (Monday), that they don’t want to get involved in politics, or play a political role,” it said.

It insisted that the demand for Islamist President Mohamed Morsi to step down does not violate democratic principles but is an attempt to bring the 2011 revolt that toppled Hosni Mubarak back on track.

“Asking Morsi to resign is not against democratic procedures…  None of the revolution’s demands were met, Morsi and the (Muslim Brotherhood) took the country in another direction that mainly reflected their desire to dominate the state, and did not build a democracy (freedom), or managed to improve the living standards of Egyptians and provide their basic needs,” the NSF said.