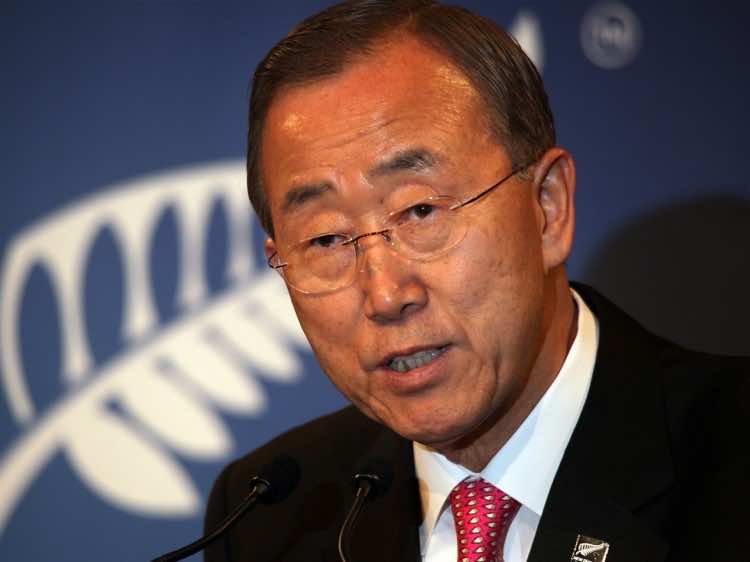 UN Secretary General Ban Ki-moon on Tuesday expressed concern about sexual violence used against female protestors in Egypt, where millions have taken to the streets to demand the ouster of  President Mohamed Morsi.

“I really hope that while addressing all this current crisis in a peaceful manner, they (Egyptians) should pay more attention to the female demonstrators since we have seen many sexual assault cases over the course of the demonstrations,” he told reporters in Reykjavik.

“Until now, I think that the situation has been managed rather peacefully, but unfortunately there have been some casualties, particularly females that have been injured or killed,” he added.

Morsi on Tuesday rejected an army ultimatum threatening to intervene if the presidency did not meet the demands of the people.

His supporters, who have also taken to the streets, say any attempt to remove the democratically elected president from power is no less than a coup.

US President Barack Obama on Monday also expressed “deep concern” about violence during the demonstrations, especially sexual assaults against women.

The White House said in March that a rise in sexual violence and gang rape in Egypt was “a cause of great concern”, condemning local politicians who said the women were to blame.

The response came after a string of reports about women speaking out on rape and other sexual attacks inflicted by groups of men at demonstrations in the wake of the 2011 uprising.