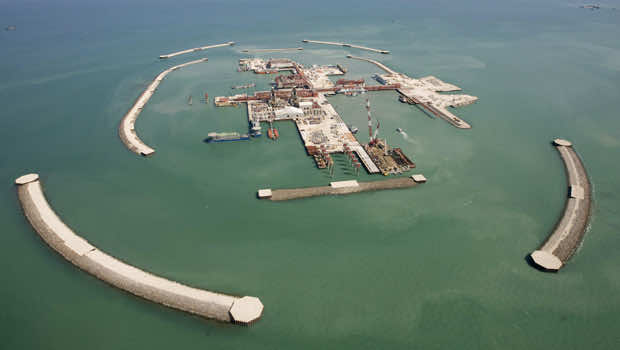 World oil prices advanced Tuesday on the back of growing concern about unrest in Egypt and bright global economic data, dealers said.

Crude futures had surged on Monday on mounting concerns about deteriorating political conditions in Egypt, and on signs of strengthening manufacturing in Europe and the United States.

As before, it is above all the risks to supply that are lending support to oil prices. The situation in Egypt is threatening to escalate further.”

Fritsch added: “Although Egypt is not an oil exporter, the Suez Canal and a number of pipelines do make it an important transit route for oil from North Africa and the Gulf Region.”

Egypt’s political crisis deepened on Tuesday as Islamist President Mohamed Morsi snubbed an army ultimatum threatening to intervene if he did not meet the demands of the people, and five ministers led a spate of government resignations.

An army statement, read out on television Monday, had given Morsi 48 hours to comply with its call, after millions of people took to the streets nationwide to demand the Islamist leader step down.

“Crude oil prices continue their strong upside momentum, extending gains on Tuesday, as robust US manufacturing PMI data has set a bullish tone across the market, showing potential for a rebound in US oil demand,” said Sucden analyst Myrto Sokou.

The Institute for Supply Management on Monday said its purchasing managers index of US manufacturing activity rose to 50.9 in June, up from May’s 49. Of the 18 manufacturing industries surveyed, 12 reported growth.

A PMI reading above 50 indicates expansion, while anything below points to contraction.

At the same time, eurozone manufacturing data came in better than expected, raising hopes of a return to growth in the region.

The Markit Eurozone Composite Purchasing Managers Index, a survey of what manufacturers see happening in their production processes, rose to 48.8 in June — a 16-month high — from 48.3 in May.