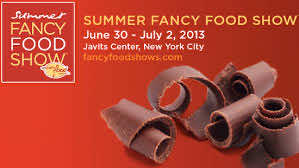 Morocco has launched a vast operation on Sunday to display the diversity of Moroccan products to the international and American consumer on the occasion of the 59th edition of the Fancy Food Show taking place in New York.

The main goal of the operation is to make the Moroccan products exported to the United States  more visible and to explore new parts of the American market. The operation will benefit from the preferential measures that the free trade agreement between Rabat and Washington has to offer.

The Moroccan stands attracted visitors (mostly professionals) thanks to the tasting on place option which enabled the visitors to discover many products of the pure Moroccan tradition (Couscous, Tagines, Argan oil, Olives,Amlou, sellou, honey….).

According to Larbi Bouraaba, the general secretary of Maroc Export, the number of Moroccan firms participating in this year’s edition has grown three times in comparison with the previous participations.

The Fancy Food Show is an opportunity for Moroccan companies to exhibit their exporting potentials and to initiate business relations with the biggest chains of distribution, importers agents, retailers, restaurants, spice shops in North America and other horizons.

It is also an occasion to explore new economic partnerships through a large communication campaign and  to exchange the experience of the quality and the richness of the Moroccan know-how.

Since 1955, the Fancy Food Show is the largest gathering of American products that attracts every year more than 30.000 visitor from 120 countries and 2400 exhibitor around the world.