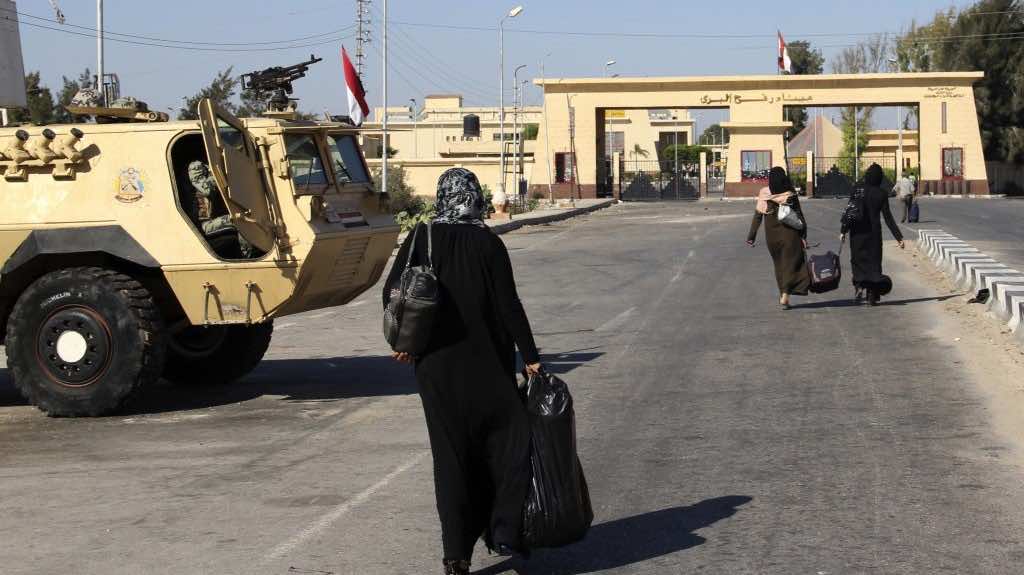 Egypt’s military has boosted its presence in the Sinai Peninsula near the border with Gaza, a source in the Hamas movement that controls the territory said on Tuesday, in a move that Israel said had its blessing.

“The Egyptian army has intensified the presence of its armoured personnel carriers along the border with the Gaza Strip in the last few days,” a security source from the Palestinian Islamist movement told AFP on condition of anonymity.

The Israeli military confirmed that Egypt had boosted its military presence in the Sinai, where the 1979 peace treaty between the two countries imposed strict controls on deployments, but said the action had been coordinated with Israeli leaders.

“The Egyptian military activity in the Sinai is coordinated with Israeli security elements and authorised at the most senior levels in Israel, in order to contend with security threats in the Sinai that pose a threat to both Israel and Egypt,” the army said.

The Sinai has seen an upsurge in lawlessness since the ouster of veteran strongman Hosni Mubarak in 2011 that has sparked warnings from Western governments against travel to most parts of the peninsula.

Criminal activity like drugs smuggling and human trafficking has flourished alongside a growing presence by militant groups that has seen attacks on Egyptian security personnel and across the border against Israel.

In August 2012, suspected Islamist militants killed 16 Egyptian soldiers near the border before commandeering an armoured vehicle which they drove into Israel where they were killed in a helicopter strike.