Casablanca - This is another point of view of what has happened and is still occurring in the Middle East and North Africa, during what is called “the Arab Spring,” which instead we call “the democratic spring.” As a member of the liberal youth generation in this uprising region, I would say that the story could be told in different ways. 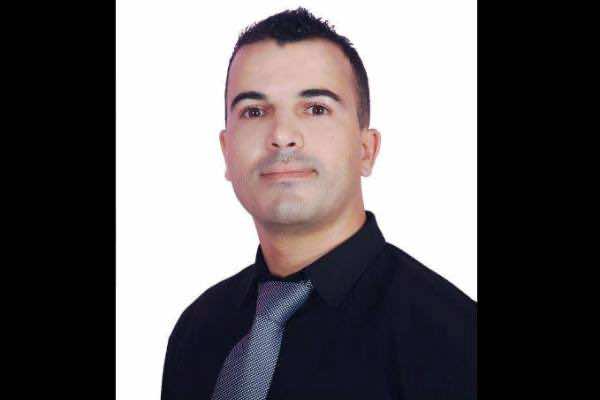 Casablanca – This is another point of view of what has happened and is still occurring in the Middle East and North Africa, during what is called “the Arab Spring,” which instead we call “the democratic spring.” As a member of the liberal youth generation in this uprising region, I would say that the story could be told in different ways.

While still some thinkers and cultural elites are surprised about the young revolutionaries who shot down the Arab authoritarian regimes, a few others indeed had expressed their frustration about the changing events. It used to be said in the revolutionary ideology in historical literature that total change of regimes would not be possible without strong charismatic leadership, a clear ideology and a vast popular support.

The democratic spring, however, demonstrated the opposite. It was the people who got out to the streets in an absolute self-motivated movement screaming “the people want change.” The only ideology they have is the ideology of freedom and this is not just because the dictatorships transformed their lives into prisons, but also because of the recent global transformations that contributed to the widely spreading demand for freedom among the Arab peoples.

Thanks to globalization which made our lives more human than before, and more valuable than ever before we became connected to one twisted world. It has led to the expansion of new communication and information technologies to every corner of the world even in those close dictatorship systems. We then became conscious of the importance of information in this open world due to the role it plays in the awareness of the world we live in; who controls one another?  Who are those who get controlled?

The emergence and growth of non-governmental civic organizations in the beginning of this century featured actually to answer those relevant questions.  A movement such as AVAAZ has been an example of the significance it occupies as this fifth power in the international political scene.

Thanks must be given to Mark Zuckerberg and Jack Dorsey, the founders of the most common social networking services Facebook and Twitter. These talented people have created an open and fast connected world where time has been the precious value focused on in order that information could be shared more effectively. Nowadays, not only is information precious but the rapid speed in delivering the information is even more precious. A special thanks is also due to Julian Assange, that Australian internet activist who publishes secret information, leaked diplomatic cables and documents “to bring important news and information to the public and tell them the truth” as is explained on the WikiLeaks website. The truth is sometimes hard to be told and all the time is forbidden to be revealed to people especially by dictatorships and non-democratic states and governments.

Thanks to the non-violent struggler Gene Sharp, who taught us how to express non-obedience to those in power through his two main works; “The Politics of Nonviolent Action,” and “From Dictatorship to Democracy.”  His fundamental belief, that is sourced in-depth studies of Mohandas K. Gandhi, A. J. Muste and Henry David Thoreau, is that any power structure relies upon the subjects’ obedience to the orders of the ruler(s). If subjects do not obey, leaders have no power. With Gene Sharp, we learned in depth a pragmatic political analysis of nonviolent action and tactics that focused on dictatorships’ weaknesses and in civil disobedience’s power. His life was a commitment to freedom, democracy and peace through the magical plan of non-violent struggle.

Thanks should be given to Stephen Hessel, that old resistant who fought for universal justice, human rights and civil courage. In his most brilliant small volumes “Time for Outrage” and “Get Involved”, Stephen Hessel called for human anger and resistance against fear and obedience in order to establish real democracy, respect for human rights and social well-being. The way to engage and achieve those aims is by civil society through its non-government organizations, new information technology and any social non-violent resistance. His ideas and appeals were a strong inspiration for many resistant movements such the Spanish Indignados, the American Occupy Wall Street movement and occupy Paradeplatz in Switzerland.

Now let’s say it clearly; the democratic spring in Middle East and North Africa saw the light firstly because dictator states had choked the individual’s liberties for a long period and used the state as a means to collect personal property and as a family heritage. Secondly, because of all those fighters for liberty all over the world, some of whom have been mentioned here for their deep influences on the global societies. However, a special thanks is for the soul of that Tunisian boy Elboazizi, who burned his body protesting against the fascist politics of the Tunisian state. Thanks to him, he sparked the anger and triggered protests among people of different social classes especially youth who succeeded to express and maintain their disobedience in a very organized non-violent movement.

The region now is witnessing a democratic transition period as it recovers from those very heavy dictator heritages left behind in society and its different institutions of the state. Moreover, this sensitive period needs real efforts and struggle by all political parties and movements in order to build new democratic regimes based on liberty, strong institutions and human rights.