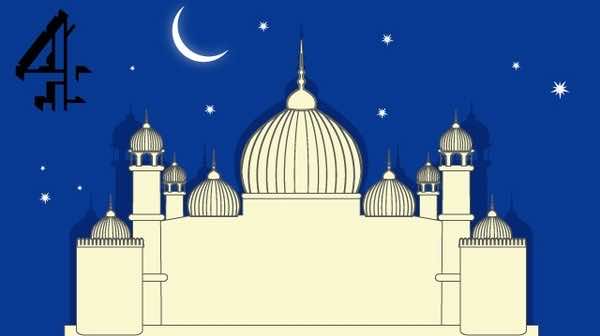 A popular British television channel says it hopes to provoke viewers by broadcasting the Muslim call to prayer during Ramadan, in what is said to be a first for a mainstream UK station.
Channel 4 says it will broadcast the call, known as the “adhan” in Arabic, during the 30 days of the holy month of fasting, which starts next week.

In a statement to the British press, Channel 4’s head of factual programming Ralph Lee said the channel would act as a “nationwide tannoy system” for Britain’s 2.8 million Muslims during Ramadan.

He said it would be a “deliberate ‘provocation’ to all our viewers”, including some whom might associate Islam with extremism.

Lee said there was a need to give a platform to the moderate majority of British Muslims, especially in the wake of the bloody killing of British soldier Lee Rigby on the streets of Woolwich in London, which was linked to Islamic extremism.

“There’s a massive Muslim population in the country and so it’s a practical move for a mainstream free-to-air channel to air the call to prayer.

Muslims around the world fast between sunrise and sunset during Ramadan, the ninth month of the Islamic calendar.

Channel 4 plans to broadcast the three-minute call to prayer daily at about 3am during the entire month of Ramadan. It will also include the sunrise and sunset prayer times during its weather reports. On the first day of the holy month, which is likely to fall on July 9, it plans to interrupt programing to mark all five calls to prayer.

The adhan broadcast will accompany a two-to-three minute short film called “Ramadan Reflections,” as well as launching a season “4Ramadan” programs during the month. The broadcaster said it had consulted Muslim clerics about the series and was unavailable for further comment when contacted by Al Arabiya English on Tuesday.

Increase or confuse the audience?

Channel 4 has built a reputation of being home to controversial programing. In 2008, the channel asked Iranian President Mahmoud Ahmadinejad to deliver its “Alternative Christmas Message,” a yearly message which counters the Queen’s annual speech.

“Channel 4 has made its name by being a public institution that is run like a private business,” says Grande.

“Its mandate appeals to a wider demographic in an edgy way. The question is – will this increase or confuse its audience?”

The broadcaster is expecting criticism after announcing the move, Lee said.

“No doubt Channel 4 will be criticized for focusing attention on a “minority” religion but that’s what we’re here to do – provide space for the alternative and a voice to the under-represented.”

While Channel 4’s move was praised by the Muslim Council of Britain, critics have already begun questioning whether it is a publicity stunt, while others have hit out at the decision.

Terry Sanderson, president of the National Secular Society, said in comments reported by the Daily Mail: “It seems reasonable that there should be some acknowledgment on TV of the needs of the growing Muslim population in Britain, although one can’t help wondering whether this is just another of Channel 4’s publicity-seeking stunts.

“Given that the BBC devotes hundreds of hours a year to Christianity, with two or three church services every day on its radio stations, and hardly any mention of minority religions, a few minutes devoted to Islam doesn’t seem unreasonable.”

Meanwhile on Twitter, a group called Britain First, which describes itself as a ‘patriotic political movement,’ posted: “Get ready for a month’s worth of TV programs pandering to Islam courtesy of Channel 4.”

The criticism demonstrates that the UK “is a democracy and there will always be vocal minorities,” said Grande.

The move does not imply that Channel 4 is “an Islam-skewed channel,” he added.

“It’s made its name for being racy – I’m not sure whether that fits with Muslim viewing but either way, it certainly won’t change its programming roster to accommodate Muslim prayer times.”