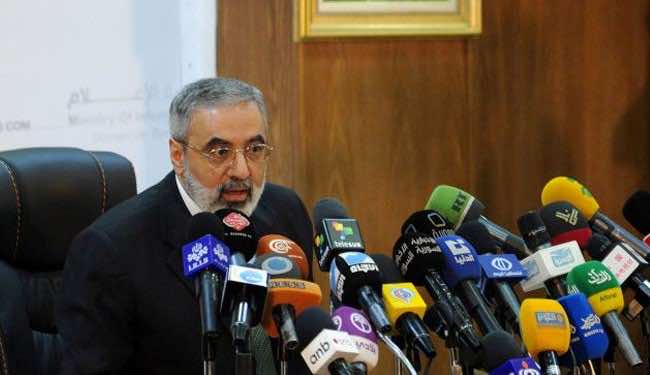 “Egypt will be able to overcome its crisis if Morsi realises that the vast majority of the Egyptian people refuse his presence and are calling for his departure,” he added.

“Those who are loyal to the (Egyptian) nation should side by the people, and against the terrorism of the Muslim Brotherhood” movement from which Morsi hails.

There is long-standing animosity between the Syrian regime and the Muslim Brotherhood, and membership in the group has been punishable by death in Syria since the 1980s.

The Syrian branch of the Brotherhood today plays a key role in the exiled opposition National Coalition, which is recognised by more than 100 states and organisations as legitimate representative of the Syrian people.

Zohbi launched a verbal attack on Monday as well against Morsi —  who last month severed ties with Syria — saying the Brotherhood had proven a failure in Egypt.

Egypt is Sunni Muslim, as a are the vast majority of rebels fighting to overthrow President Bashar al-Assad whose Alawite sect is an offhshoot of Shiite Islam.

Morsi has repeatedly called for Assad to step down.

More than 100,000 people have been killed in Syria’s war, says the Syrian Observatory for Human Rights.