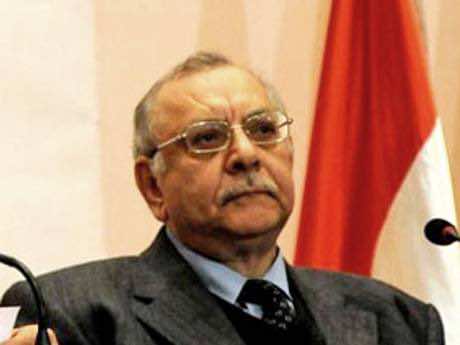 Egypt’s new caretaker president Adly Mansour had been head of the Supreme Constitutional Court for just two days when the army named him leader of the Arab world’s most populous state.

He takes the helm of a nation riven by deep divisions over the army’s ouster of its first freely elected president Mohamed Morsi following days of deadly clashes between his Islamist supporters and their increasingly numerous opponents.

Ironically he was named by Morsi himself to Egypt’s top judicial post, which, following the army’s suspension of the constitution, catapulted himinto political power.

The 67-year-old father of three, who won a scholarship to France’s most prestigious institute of higher education, the Ecole Nationale de l’Administration, was a long-serving judge under the regime of veteran strongman Hosni Mubarak.

But he served in the state-sponsored religious courts which deliver fatwas, or edicts, on observance, as well as in the civil and criminal courts.

Mansour helped draft the supervision law for the presidential elections that brought Morsi to power in 2012, which included setting a legal timeframe for electoral campaigning.

He was deputy head of the Supreme Constitutional Court from 1992.  Unlike the principal leaders of the opposition — among them Nobel peace laureate Mohamed ElBaradei and former Arab League chief Amr Mussa — Mansour was never a household name, but that probably served the military’s purposes in their search for a neutral figurehead for a potentially rollercoaster transition.

The balding, mustachioed judge could probably have walked through one of the huge opposition protests that swept the country on Sunday prompting the military’s dramatic intervention without being recognised.

His photograph was never among those brandished by the million of demonstrators mobilised by the grassroots opposition to the Muslim Brotherhood’s grip on power during Morsi’s tumultuous 12 months in power.