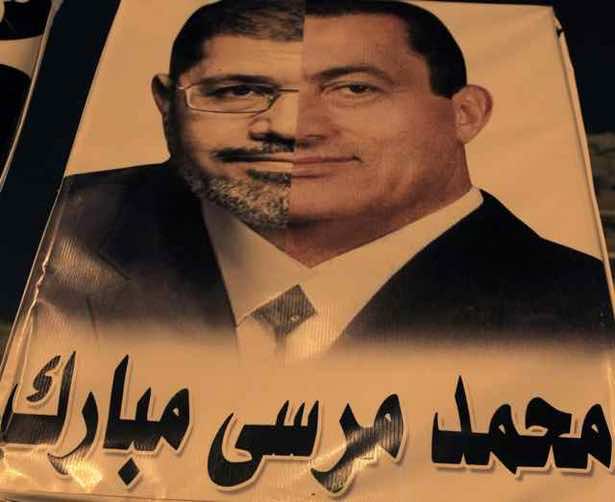 Key events in Egypt, from the revolt which toppled president Hosni Mubarak in 2011 to the ouster of his successor Mohamed Morsi on Wednesday after four days of massive popular protests.

–2011–
JANUARY
– 25: Egypt protests erupt, involving thousands of demonstrators, after a revolt topples Tunisia’s ruler. The protests are centred in Cairo’s Tahrir Square, but involve more than a million people nationwide on February 1.

FEBRUARY
– 11: Mubarak resigns and hands power to the army led by Field Marshal Hussein Tantawi. About 850 people die in the unrest.

– 12: Promising a peaceful transition to democracy, the army suspends the constitution and dissolves parliament.

NOVEMBER
– 19: Start of week-long clashes between police and anti-military demonstrators that leave 42 dead.

– 28: Egypt holds the first stage of its first post-revolt parliamentary election. Islamist parties win about two-thirds of the seats, of which half go to the Muslim Brotherhood.

JUNE
– 2: Mubarak and former interior minister Habib al-Adly sentenced to life in prison for the deaths of protesters during the revolt.

– 30: Mohammad Morsi, who won the presidential election with 51.7 percent of the vote, is sworn in, becoming Egypt’s first civilian and Islamist ruler.

AUGUST
– 12: Morsi scraps a constitutional document which handed sweeping powers to the military and ousts Tantawi.

NOVEMBER
– 22: Morsi decrees sweeping new powers for himself. He annuls the decree on December 8.

DECEMBER
– 15 and 22: 64 percent of voters in the two-round referendum back the new constitution, after a vote which the opposition says is tainted.

Egypt plunges into a deep political crisis, with demonstrations by supporters and opponents of Morsi turning into sometimes deadly clashes.

– 24: Violence between demonstrators and police on the eve of the second anniversary of the 2011 uprising. Nearly 60 people die in a week.

JUNE
– 2: Egypt’s highest court invalidates the Islamist-dominated Senate, which assumed a legislative role when parliament was dissolved, and a panel that drafted the constitution.

– 30: Massive demonstrations as Egyptians respond to a call by the Tamarod (“rebellion”) campaign and take to the streets nationwide to oust the leader on the anniversary of his turbulent first year in power.

JULY
– 1: The opposition gives Morsi a day to quit or face civil disobedience. Tamarod calls on “the army, the police and the judiciary to clearly side with the popular will as represented by the crowds”.

The armed forces warn that it will intervene if the people’s demands are not met within 48 hours.

– 2: Gunmen kill 16 people and wound 200 others at a Cairo rally supporting Morsi.

Sisi also announces a freezing of the Islamist-drafted constitution and early presidential elections. Morsi speaks of a “coup”.