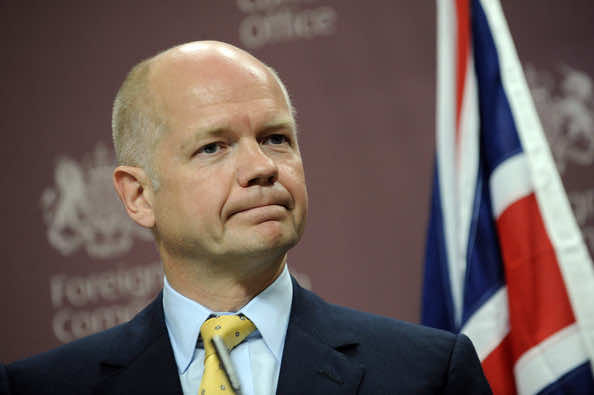 Britain urged for calm in Egypt following the army’s ouster of president Mohamed Morsi and spoke out against the use of military intervention in bringing about regime change, but stopped short of calling it a coup.

“The situation is clearly dangerous and we call on all sides to show restraint and avoid violence,” said Foreign Secretary William Hague.

Four Morsi supporters were killed in clashes with the army and police in the western city of Marsa Matruh, a security official told AFP. Another 10 people were injured after the group of armed supporters stormed the city’s security headquarters, the official said.

The army toppled Morsi after a week of bloodshed that killed nearly 50 people as millions took to the streets to demand an end to his turbulent single year of rule.

“The United Kingdom does not support military intervention as a way to resolve disputes in a democratic system,” Hague said in the statement.

Despite its concerns about Wednesday’s dramatic events, Britain called on all parties to move forward and “show the leadership and vision needed to restore and renew Egypt’s democratic transition.”

“It is vital for them to respond to the strong desire of the Egyptian people for faster economic and political progress for their country,” stressed Hague.

This must involve early and fair elections and civilian-led government, he said.

“In the long run only democratic processes and government by consent will bring the stability and prosperity that the people of Egypt seek,” added the minister