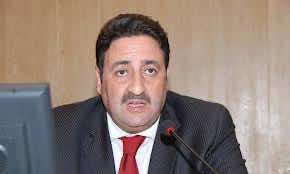 Mr. Abdessamad Kayouh, the Minister of Handicrafts,  lodged a complaint against daily Al-Massae for having published an article accusing him of “defrauding an investor by setting a trap to him,” wrote daily L’opinion on Wednesday.

According to the same source, Mr. Kayouh’s brother condemned Al-Massae’s article and described it as “an attempt to tarnish the reputation of the Minister by reversing the roles of the persons involved in the affair.”

Mr. Kayouh’s family has allegedly provided authentic documents proving that the so-called “investor” is in fact an unemployed individual sought by the police for ‘fraudulent business.’

Moreover, the alleged scammer also happens to be prohibited from leaving the country, as he had allegedly previously been sentenced to two years in prison for fraud, forgery and for issuing NSF checks to relatives of Mr. Kayouh.

Mr. Kayouh’s brother said that Al-Massae’s published article was aimed mainly at inducing the public to condemn Mr. Kayouh and his family. He also probed the actual reasons behind the said publication.

Al Massae could not be reached to comment on these allegations.