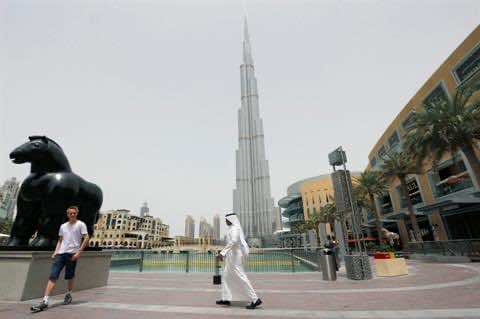 The United Arab Emirates has praised the Egyptian army for ousting president Mohammed Morsi, whose Muslim Brotherhood movement is the target of a crackdown in the oil-rich Gulf state.

“Egypt’s great army once more proves that it is Egypt’s protector … that will ensure it remains a country of institutions and law that protects all components of the brotherly Egyptian people,” Foreign Minister Sheikh Abdullah bin Zayed al-Nahayan said in statement carried by the official WAM news agency.

Egypt’s army was Thursday holding Morsi in detention after forcing him out of office the previous evening following days of deadly protests against his one-year tumultuous rule.

Sheikh Abdullah said the UAE was following developments in Egypt “with satisfaction.”

The UAE “is confident that the great people of Egypt are capable of overcoming these difficult moments and moving towards a secure and flourishing future,” he said, adding that the UAE was seeking a strengthening of ties with Egypt.

Relations between Abu Dhabi and Cairo have been strained since the June 2012 election of Morsi as Egypt’s president.

The Gulf country had lashed out at the Arab Spring uprisings that brought leaders of the Muslim Brotherhood to power in Tunisia and Egypt.

Since last year, it has been engaged in a crackdown on Emiratis and Egyptians it accuses of links to the Muslim Brotherhood.

Last month, a group of 30 Egyptians and Emiratis were charged by the UAE authorities for allegedly setting up an illegal branch of the Brotherhood, which they accuse of plotting against Gulf monarchies.

The UAE, where membership of political parties is banned, has rejected a request from Egypt for the release of its nationals.

The Gulf state, a federation of seven emirates led by oil-rich Abu Dhabi, has not seen any of the widespread pro-reform protests that have swept several Arab countries, including fellow Gulf states Bahrain and Oman.