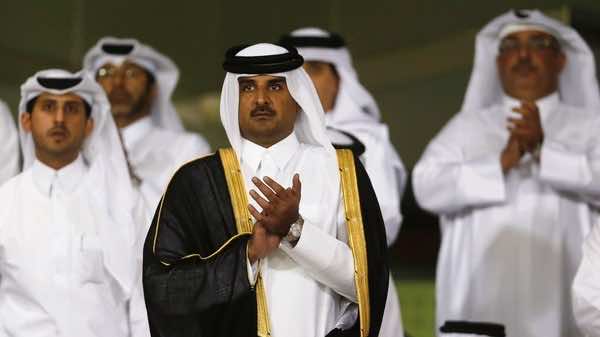 Qatar, a key political and financial backer of Egypt’s deposed Islamist president Mohamed Morsi, congratulated his successor on Thursday while pro-government newspapers warned of possible future violence in the country.

“Qatar will continue to back Egypt in its leading role in the Arab and Muslim worlds,” a foreign ministry spokesman said in remarks carried by the official QNA news agency.

Qatar “will continue to respect the will and choice of the Egyptian people,” the spokesman who was not named by the agency said, and called for the “strengthening of Egypt’s national unity”.

Sheikh Hamad bin Khalifa al-Thani, who abdicated as the ruler of Qatar last month in favour of his son Sheikh Tamim, was staunch supporter of Arab Islamist movements and provided key political and financial support to Morsi’s government after the 2011 uprising that toppled veteran Egyptian strongman Hosni Mubarak.

Qatari newspapers, which generally reflect official views, however had words of warning for Egypt.

“Egypt has never before been in such a foggy situation… Every political and ideological group now thinks it has the right to rule,” read a commentary in Asharq daily.

Among the scenarios it cited was the decade of violence that erupted in Algeria in the 1990s when the army there rejected the victory of Islamists in general elections, a move that sparked unrest.

Qatar-based Al-Jazeera satellite television, a staunch backer of Arab Spring uprising, said late Wednesday that Egyptian security services stormed its Cairo offices and arrested the head of the channel along with other staff members.

Oil powerhouse Saudi Arabia, Bahrain, Kuwait and the United Arab Emirates have also congratulated Mansour on his appointment following the ouster of Morsi.